Bukola Ogunyemi: The 2016 Budget and The Guardians of our Collective Commonwealth

28 March 2015 – Nigerians ascended a political mountain that had hitherto proved insurmountable in 55 years of independence and close to 2 decades of cumulative democratic experience. 15 million votes were enough to terminate an era dotted with unprecedented financial recklessness and unbridled corruption heralded by Goodluck Jonathan. Almost a year after that historic feat, Nigerians eagerly wait to have their first bite of the fruit of change in the form of the 2016 budget.

A country’s budget is its government’s voice and statement of intent on major aspects of public finance, including but not limited to, capital projects and social welfare. The peculiarity with Nigeria’s budgetary process is its overwhelming catalysis by preeminent political forces, including elected and appointed interests. The N6.07 trillion budget presented by President Buhari presented before a joint session of the National Assembly on December 22nd 2015 was premised on a crude oil benchmark price of $38/barrel and production estimate of 2.2 million bpd. A capital expenditure ratio of 30% is not exactly gratifying, but it’s a marked improvement on the paltry 12% of 2015.

It seemed however, that as total budgetary allocations increased, so did the padding by economic marauders and corrupt government officials who want business to continue as usual. It didn’t take long for revelations to surface on the financial criminality that had been incorporated in the budget by unscrupulous elements in the different MDAs and their cohorts at the budget office. President Buhari, whose election campaign was built on the foundations of his personal integrity and anti-corruption toga, had to painfully admit to widespread irregularities in the budget. Yahaya Gusau, who had been appointed Director General of the Budget Office only 6 months earlier was fired and replaced by Tijjani Abdullahi.

The discomposure of well-meaning Nigerians over the possible continuation of the tradition of financial recklessness, even in the era of change, was further compounded by the less than stellar reputation of previous National Assembly Committees on Appropriation. The men charged with the crucial task of scrutinizing the budgets in previous administrations had perfected the art of forming unwholesome alliances with the benefactors of corruption to the detriment of the nation’s development and the people’s welfare. In 2005, President Olusegun Obasanjo had to dismiss the Minister of Education, Professor Fabian Osuji, for bribing the Senate Committee on Appropriations with N55 million to have his ministry’s budget increased. The Vice Chancellor of the Federal University of Technology Owerri, Professor Jude Njoku, was also removed for a similar offence. With each budget came a different appropriations committee bribery scandal, each one of them a hit, back to back.

Let’s get this straight, this is not the first time budgets would be padded in Nigeria. Indeed, the benefactors of a state of dismal depravity and dreary degeneracy would rather have the status quo maintained. This only happens to be the first time public outcry met the ears of a president with the political will to do something about it. N1.3 billion was set aside in the 2013 budget for refreshment and meals in the State House, and nothing happened in spite of public uproar. But with the Jonathan years of impunity came an evolved sense of activism in a lot of Nigerians. Thus a higher level of public awareness in the demand for better governance and accountability meant Buhari’s budget received more scrutiny than ever before. 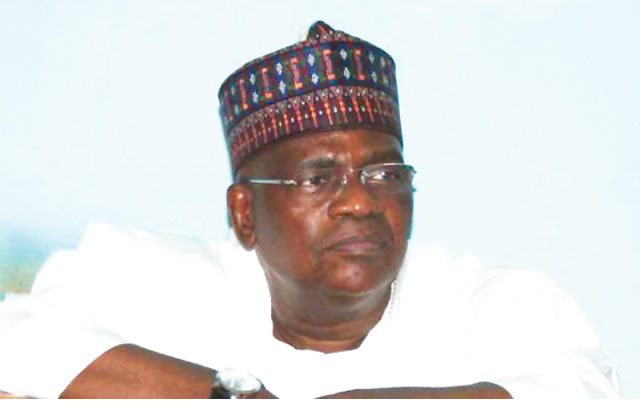 This media attention on the 2016 budget put the activities of the Appropriations Committee of the 8th National Assembly in full public glare. Led by Senator Danjuma Goje, Governor of Gombe State from 2003 to 2011, the committee’s attempts at decalcifying the level of distrust from Nigerians paid off through a thorough screening process that exposed the bulk of padding in the budget. The House of Representatives Committee on Appropriations is chaired by Hon. Abdulmumin Jibrin, whose oversight reputation in public finance is the stuff of legends. Jibrin was Chairman of the House Committee on Finance in the 7th National Assembly when the committee uncovered a fraud of N8.8 trillion in form of revenues collected by 60 federal revenue generating agencies not remitted to the Central Bank. 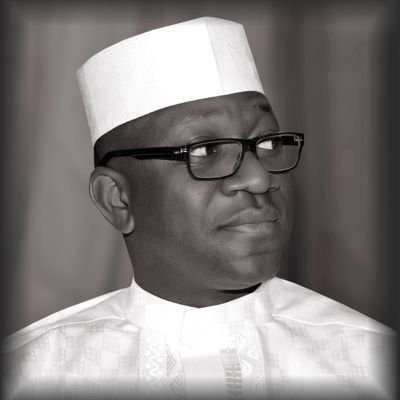 These men were tasked with job of poring through the budget document and right all the wrongs therein. And with meticulous diligence and spirited dedication, the committee managed to uncover a lot of irregularities in the budget that shocked a lot of Nigerians. The budget which was initially scheduled for passage by the National Assembly on February 25 was so fraught with discrepancies that the Appropriations Committee needed 3 extra weeks to go do a thorough job.

For weeks, the committee met with heads of ministries, departments and agencies to defend their budget estimates, weeding out a plethora of over-bloated overheads and questionable personnel cost. Their involvement of relevant CSOs in the screening betrays a commendable willingness to bring transparent and sanity into the process. During this rigorous exercise, a N10 billion overhead cost that was smuggled into the budget of the Ministry of Education was removed, along with duplicate amounts found in the budgets of virtually all the parastatals. In a moment of national dismay, the Health Minister famously declared that the details of the budget for his ministry were not what he submitted to the Senate and foreign appropriations had been imported into the document.

We might never know the forces of darkness responsible for this act of economic and financial criminality against the Nigerian people, but efforts of the Appropriations Committee of the Senate and House of Representatives has ensured their plan will never come to fruition. These are critical times for Nigeria’s survival, the economic implications of 5 years of unbridled theft of national resources are becoming apparent in increased inflation and forex instability. Nigeria has one of the lowest rates of net electricity generation per capita in the world, and there is a huge infrastructural gap that needs investments in billions to close. With oil barely trading at $30 from $112 in June 2014, revenue accruable to government has reduced to the lowest it has been in almost a decade.

These are pointers to the exigency for focusing on the developmental strategies and national policies on the economic health of the country to repair the damages done. This makes the work done by Danjuma Goje and Abdulmumin Jibrin committee in cleaning up the 2016 budget and blocking the draining holes bored in the purse of our collective commonwealth even more imperative. The funds saved through the meritorious budget screening exercise can now be better applied to aid in sectional growth and development which should in turn produce jobs, provide security, higher standards of education and health, among other indices of upward economic movement. Most importantly, Nigerians are now assured of an effective end to the era of wanton wastage and institutionalized corruption. I witnessed an Appropriation Committee session that lasted for 12 hours, it is my expectation that the quality and quantity of time spent by the two committees and the efforts of the members will help finally birth a budget that would get Nigerian started on the path of positive Change and Prosperity.