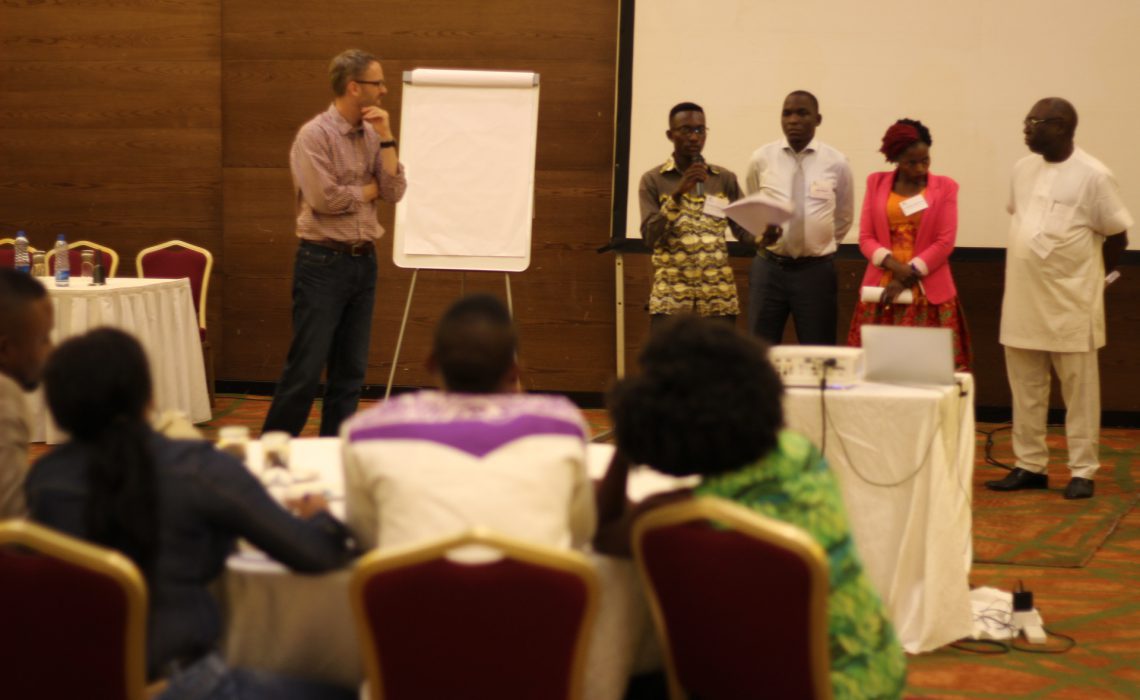 It has been an eventful week for young freedom advocates as they take leadership training in the ongoing African Liberty Forum (ALF) organised by Atlas Network in collaboration with African Students For Liberty (ASFL) in Lagos, Nigeria.

The trainings are being facilitated by Atlas Network staffers, including Dr. Lyall Swim and Tarun Vats, alongside independent facilitator, such as Manali Shah. Participants learnt how to define and articulate organization’s vision for the future – a common challenge among in many youth-led organizations in Africa.

In his opening remarks, Dr. Swim asked the participants to imagine what world they hope to create after taken the training. The participants not only learned how to achieve their goals, but also found efficient ways in which to reach them.

A participant, Banke Olagbegi-Oloba, who is a young volunteer with ASFL, developed plans to implement in her organization during the workshop.

“When I arrived for this training, I was in high spirits, because I believed that I had everything under control,” said Olagbegi-Oloba.

“However, I realized that we have not been getting it right. There is a discord between the vision, mission, and goals. I tend to focus on the desired results, but this training has really helped me to clearly define and focus on the methods for how I intend to achieve them,” she added.

A participant from Burundi and Chief Executive Officer of the Centre for Development and Enterprises, Aimable Manirakiza, said he was excited about the lessons learnt and promised to use the knowledge garnered from training to lead his young organization to success.

Aimable said: “Centre for Development and Enterprises – Great lakes is a young think tank in a challenging environment. People either don’t understand or are new to the benefits of liberty. Since we are new, it’s very important to know these strategies so that we can effectively influence public opinions. Through this training, I have the skills as well as a strategy in place in order to bring the ideas of liberty to more people.”

On the final day of the event, the participants were divided into two different groups coordinated by advanced leaders. Participants had the opportunity to create fundraising plans and refined their pitches by presenting it to a panel of judges. 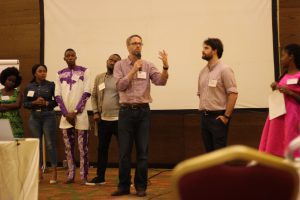 Dr. Swin engaging the participants in a session

During the fundraising breakout session, Denis Foretia, a senior fellow at Nkafu Policy Institute, said he was excited to improve his knowledge.

“One of the major challenges that we have is being able to better communicate our project ideas,” said Foretia.

“The training has really helped me to fine-tune my approach to presenting policy proposals, regarding not just the structure of the proposal, but also the content, and how it is presented. I attended the training last year in South Africa, and saw some growth from that. I think this advanced training will help takes us even further.”

Commenting on the term “cheetah generation” used to describe the participants, Tarun Vats, a training facilitator, said: “I had only heard about the cheetah generation from Dr. George Ayittey in his Ted Talk.”

Vats, the Associate Director of Atlas Network’s Leadership Academy, said: “Having met and interacting with these young cheetahs, the new breed of intellectual entrepreneurs in Africa, I can now understand what Dr. Ayittey meant by the term. It gives me hope and assurance that Africa is in the right hands. We personally experienced the lack of institutions and lack of rule of law in our brief encounter with the authorities in our host country.

“Imagine someone having to face that on a day-to-day basis and still maintaining faith, resilience, and enthusiasm that this can be turned around. That is what this generation is all about. After this training, they are walking away with implementable frameworks and action plans that will help them continue their struggle and fights in their respective countries. I feel a little belief, a little hope, and a little faith is sometimes all that is needed to see the light and tremendous potential this place has to offer.”

Other participants at the workshop include Oluwafemi Ogunjobi from Nigeria, Evancy Nkya from Tanzania, John Mugabi from Uganda, Jared Kodhe from Kenya, Odette Kibu from Cameroon, and Nathaniel Dwamena from Ghana, among others.