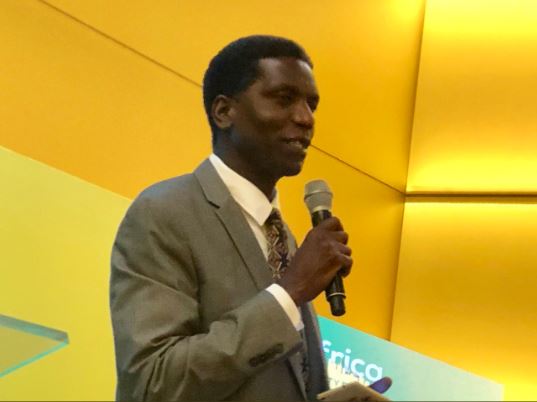 Rejoice Ngwenya writes on his takeaways from the just-concluded African Liberty Forum (ALF) in Lagos, Nigeria.

Every year about this time, a group of young Africans from all over the continent huddles around in a conference room. It is an opportunity to share ideas on how best to set up effective and sustainable liberal free market think tanks. They have taken it upon themselves to innovate ideas that rescue fellow citizens from poverty, disease, corruption and rights violations. Even though this erstwhile grouping meets under the auspices of African Students for Liberty, this conference attracts thinkers from across the globes who are converts of contemporary liberal ideology. As part of that liberal family, I have just emerged from the refreshing encounter at Victoria Island, Lagos Nigeria.

I have been attending similar liberal gatherings since 2001, frolics that have taken me across continents from Cape to Casablanca, Maputo to San Diego and Harare to Berlin. Whenever African students and young African professionals gather, the room wreaks with insanely groundbreaking ideas. Sadly, it is a miserly 10% of ideas that see the light of real life day. This has nothing to with the depth of their innovation but the scarcity of resources to sustain institutions meant to perpetuate Africa’s liberal revolution. I know, money follows ideas but that is not always so with ideological start-ups.

I am leaving Lagos with renewed hope that this time around, Africa’s billionaires will come out dollars blazing to help young liberals set our continent on a trajectory of developmental self-realisation. We want young liberals to open up new frontiers that combat and confront the growing trend towards populist governance in Africa, as epitomised by Julius Malema. Global liberal funders like Atlas Network have invested, and will continue investing time and money to propel these young people into creative orbits, but without sustainable institutional support from Africa’s blue chip companies, these dreams will evaporate or simply remain in the realm of creative conscience.  At the island, I listened carefully as the youngsters laid out their plans – from arbitration in the Fulani pasture conflicts to proposing win-win land acquisition for South African blacks and related women’s rights issues. Their carefully laid out plans and budgets are desperate for cash injection. I then paused a hypothetical question: if Africa’s blue chip poster boy corporates run by magnates like Aliko Dangote, Mo Ibrahim, Mike Adenuga, Strive Masiyiwa, Said Salim Bakhresa and Patrice Moetsepe are beneficiaries of free markets, how best can we court them into funding Africa’s liberal think tanks?

A quick scan on the internet will show that each of the billionaires I have named above owns one philanthropic foundation or another. No doubt, they boast noble missions, ranging from “reducing the number of lives lost to malnutrition and disease”; “achieving social and economic independence” to “addressing the many development challenges facing the African continent and international community”.Whilst it is true that money follows ideas, there must be recognition that recurring socialist insanity in Tanzania, shameful autocracy in Burundi, systematic journalists’ harassment in Ethiopia, endemic corruption in Nigeria, habitual electoral rights violations in Zimbabwe and populist land militancy in South Africa is a war that requires money. It is highly commendable that these Big Money Boys have taken large chunks of their wealth to invest in African human capital, but therein lies my point.

African young liberals are up against institutions and attitudes that have entrenched themselves over decades, bankrolled by influential politicians who propagate anti-market mantra embedded in the political DNA. Seed money from Atlas Network can only go so far, thus those companies that benefit from free market capitalism must step in to keep liberal think tanks sustainable.

If I sound like a man consumed by self-righteous entitlement, you read me wrong. Let me make it simpler and more palatable. The battle to extricate markets from debilitating monopolistic tendencies is good for economic growth. Companies inspired with the intellectual capital of Aliko Dangote, Mo Ibrahim, Mike Adenuga, Strive Masiyiwa, Said Salim Bakhresa and Patrice Moetsepe thrive only because boisterous free markets allow limitless consumption. Fine, some may be beneficiaries of state subsidies and underhand government contracts, but this would not be sustainable especially in conflict zones. When my think tank preaches the sanctity of private property rights in Zimbabwe, issuing title deeds to rural citizens, I am accelerating the injection of property into the market. Citizens, estate agents, property companies, local authorities and the national fiscus profit from real estate. Thus is it not asking for too much for corporates like Old Mutual to support such a cause.

If Aliko Dangote truly believes in economic empowerment and entrepreneurial development, there are several liberal think tanks whose institutional efficacy his foundation can support “to bring positive change”. As Patrice Moetsepe correctly observes that there are many development challenges facing Africa, he can spare time to strengthen liberal thinks tanks with similar missions. I am not so sure why Mo Ibrahim bothers investing in and rewarding African leaders at the twilight of their political careers. If “governance and leadership lie at the heart of any tangible and shared improvement in the quality of life of African citizens”, better returns come from funding liberal think tanks that promote young leaders. Strive Masiyiwa is for “Africans moving the African continent forward through education and opportunities”. He can throw his weight behind liberal think tanks led by young people.

Let me put my argument into perspective. Yes, African billionaires should care about developing human capital, supporting higher education and climate change. They should be concerned about good governance, malnutrition, child mortality and malaria.  However, Africa’s young population is the demographic group responsible for driving most market factors fundamental to the welfare of blue chip coportaes. Thus, when these youngsters join the free market movement as students, liberal thinkers or start-uppers, it is only pertinent and reasonable to expect Africa’s billionaires to support them. If money follows ideas, then the ideas proffered to give Africa a chance of dominating the free market world at Lagos Island is worth supporting.