Is Africa being auctioned to China? 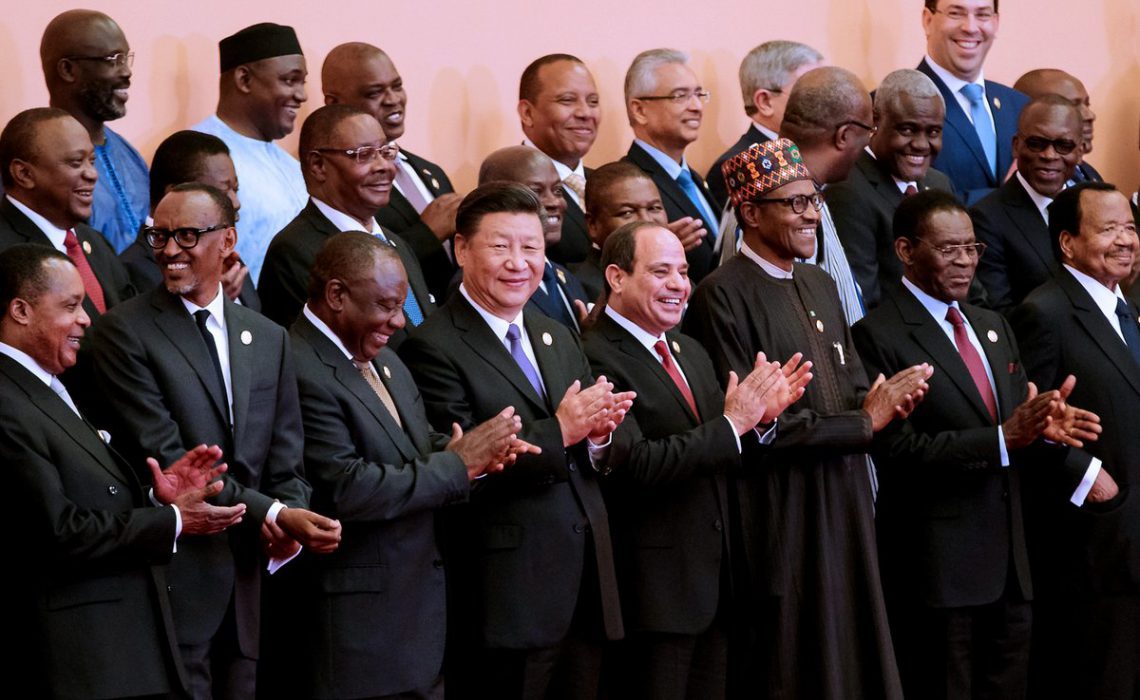 “Africa would be free again, it would gain its place of pride and independence from being a pawn on the chess board of world politics and global dominance”.

As what can be referred to as “the rush for African markets” unfolds, it would only be essential to remind ourselves that Africa’s historical subjection to foreign political dominance and economic subservience is a consequence of our leaders indiscretion and shortsightedness to trade Africa away on the altar of the so-called foreign aids and bilateral relations. And it is quite saddening that this has been a prevalent narrative in most of Africa nations, even as we begin to experience what can be called the “Chinese Power Play” in Africa.

Africa has to learn that this “carrot and stick diplomacy” employed by foreign aids donors would only make us weaker and susceptible to abuse and misuse in the hands of her “savior nations”. There is no better way to become stronger than to maintain the discipline of self-reliance and limited aid seeking.

Africa needs no aid of any kind, especially from a country whose altruistic motive is questionable. Africa needs a freer economy, dependent on its available resources and intelligently managed by its own people.

Communist China can never be the solution to Africa’s aspiration to attain a state economic prosperity. As a matter of fact, it is embarrassing for just a country to establish foreign ties with a whole continent and more disgraceful for a country to give aids to a whole continent, the underlying perception of such event is a caricature of China-Africa neo-imperialism.

The consequence of such act of feeding Africa with needless aids is being felt, with the steady but forceful diffusion of the Chinese culture to Africa’s knowledge-based economy, and the gigantic Chinese investments in African countries. But, the resultant effect is high-level indebtedness by many African nations to China. In fact, China’s first oversea military base is in Africa.

The African Union building donated by the China government should have served as enough warning to Africa’s leaders to become wary of the “Greek gift” offered by the unreliable Chinese. The question to ask after server hacking controversy trailed the opening of the AU Building in Addis Ababa is that: “Why does China possess data of meetings of Africa leaders and what does it want to do with the data?”

Many African countries have been victims of China debt traps with Kenya’s debt ranking highest. Kenya has 70 per cent of its debt owed to China. How thoughtful is it for a nation like Kenya to have its soul sold to a communist China?

This is no different from other African nation in their relations with China. The acceptance of China’s Yuan in our currency reserve, especially in Nigeria, further strengthens the explanation of the power dynamics of China’s far reaching involvement in Africa’s political and economic systems.

This alarming rate of foreign dependence has only made Africa a pawn on the chess board of global politics. This has been a popular narrative for world superpowers to use the “Africa piece” in making a statement about their political and economic strength. And this is no different in the China-Africa relationship.

With regards to China’s newest attempt to gift one of Africa’s strong organizations, the Economic Community of West African States (ECOWAS) a $31.6 million grant to build a new headquarters in Abuja, Nigeria, African leaders would be auctioning the continent for a far less price to future master in the Asia.

African leaders need to understand the end results of “freebies”. I believe the show of goodwill by the Asia giant to Africa is an attempt to buy our future. Only minors expect to get value at no cost, only babies cry for help, and only slaves rejoices at free bread.

The third China-Africa Beijing Summit serves as another plot hatched by China to further gain territorial dominance and wield wider influence in determining Africa’s future. China has denied allegations to lure Africa into debt traps, but what height of altruism can be so displayed in cancelling African’s huge debt with the award of another $60billion debt trap. This is nothing far from “modern day imperialism”. Posterity looks with dismay at the Africa’s 54 leaders who signed Africa’s future to slavery.

Mother Africa mourns for her children’s auctioned future. Its leaders run in pants and ties to the Chinese feasts of modern slavery. Only fools borrow to pay a debt.

No amount of favour or gift is enough to buy Africa’s future. But, our leaders are selling our present and future for a piece of cake that we cannot have back. What is left is to redeem the “auctioned future” from the hands of the auctioneer? Heavily indebted Africa has given its natural endowments, such as oil, minerals and land as collaterals for “loan traps”. But we know that Africa’s future is not in its natural endowments but in the hand of its children – the Cheetah generation.

This generation would redeem the black pride and turn the game around. Africa would rise again to take its pride of place. We need trade that will benefit our people, not foreign aids that will keep us in eternal debt.