5 Reasons Why a United States of Africa may Fail

In a recent video, South African far-left leader, Julius Malema, admonished Africans to find indigenous ways to address their challenges and unite under a single state. He proposed the elimination of borders created by colonialists and the promotion of tolerance among Africans. To some extent, Malema is right. Borders are alien to Africa and people need to love one another. But he is fundamentally wrong about the prospects of Africa as a country.

Here are five reasons he and other advocates of a United States of Africa should have a rethink.

One of the incoherent assumptions of this school of thought is that colonialism brought different tribes together without considering their distinct cultures. This they suggest should be replaced by uniting all ethnic groups on the continent—over 3,000 of them—under a bigger entity. 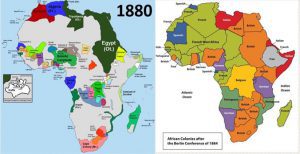 There are preferred modes of administration peculiar to each tribe and country. It makes no sense to suggest they all adopt a unilateral administrative pattern different from what they have known for thousands of years.

Perhaps, they are deliberately neglecting the fact that contemporary African countries are struggling because of the bad arrangements by colonialists. Another amalgamation of a sort, especially a larger one, will only create further problems, moreover, Africans have always been autonomous.

Before the scramble and partition of Africa in Berlin (1885), every African tribe lived within their own space with peculiar values and customs. Trade was one of the few things that brought them together while they always respected each other’s identity.

In fact, traditional Africans often broke away from their original tribes to form new communities for self-realization and freedom. The thought that this way of life can be changed by imposing a single identity is simply absurd and un-African.

Malema proposed Swahili as the ideal language for a united Africa considering it is the most widely spoken indigenous language. But Swahili only has some 140 million speakers, which is less than 15 percent of the 1.2 billion population of the continent.

The adoption of such a language, if at all accepted by speakers of the other 2,000 African languages, would require an extraordinary amount of effort, especially funding.

China and India are often referenced as good replicas for Africa in this regard, but both countries owe their success to shared ancestral language among their people. Whereas, imposing an alien language on a group, is an attempt to erase their identity. If Malema wants Africans to reject English and French because they demean their identities, then he should not be guilty of the same.

Most advocates of a United States of Africa often propose a unitary system with one parliament and president. Others believe either federalism or confederalism would work better to preserve the autonomy of the numerous ethnic groups. Either way, the geopolitical structure of the continent would not allow for such unification.

African society is too complex to work under a unitary system. There are preferred modes of administration peculiar to each tribe and country. It makes no sense to suggest they all adopt a unilateral administrative pattern different from what they have known for thousands of years.

A unitary system is only ideal for a small geographical area with common values. Africa covers a staggering 11.7 million square miles—almost three times the size of Europe—and it is deeply pluralized. Equally, neither federalism nor confederalism would likely work. Both systems have horribly failed in many African countries and blocs. Nigeria and the African Union (AU) are good examples.

Nigeria, for instance, has over 250 ethnic groups, just like there would be in the United States of Africa. However, since the country adopted federalism in 1963, it has struggled with structural problems ranging from resource control to ethnic marginalization and defining the extent to which federating units should be autonomous.

Also, if the AU had achieved its goal of uniting Africa under a confederacy, there would be no calls for another form of union. The bottom line here is, people do better when they are not forced into a coalition.

Different tribes have specific attitudes toward the economy. Constricting everyone into a single mode of economic reasoning would be inhumane as much as it would be, chaotic. It is antithetical to how Africans have lived for centuries.

No traditional African society was the same in its approach to commerce and trade as the other, and those values stand until today. This peculiarity is one reason centrally planned economic reforms in many African countries often fail to yield expected results among different tribes.

Again, a critical reason the economies of equally larger unions such as China and India have worked is because of the homogeneity of values among their people. Regardless of whatever economic model is adopted in a unified Africa, it would be difficult to make it work for every society.

5. It is a Pathway to Tyranny

Perhaps Malema and his comrades have yet to realize that the more powerful a central government is, the greater the possibility of tyranny. This is evident in the level at which post-independence African leaders have grossly abused power. One leader in control of a big entity with enormous resources, judging by the political history of modern Africa, would be extremely dangerous.

More so, rotating the office of the Head of State among each tribe without problems is almost impossible as we have seen in the old Sudan, Rwanda, the Central African Republic and Nigeria.

There equally cannot be a parliament comprehensive enough to accommodate every tribe that makes up the continent. The end result would be an insufficient representation of interests, which often result in calls for secession.

Nonetheless, the effects of Colonialism on Africa’s political history is proof that bringing people together without considering their traditional ways of life is wrong. What Africa needs to work is for countries to allow more autonomy for local governments i.e., states, counties, provinces, etcetera, and prioritize multinational cooperation on the regional level, i.e., through ECOWAS, SADC, EAC, etcetera. Not through another catastrophic political unification.

Ibrahim B. Anoba is an African political economy analyst and a Senior Fellow at African Liberty. He tweets via @Ibrahim_Anoba.