Peace prospects are much higher in the Horn of Africa, but obstacles remain 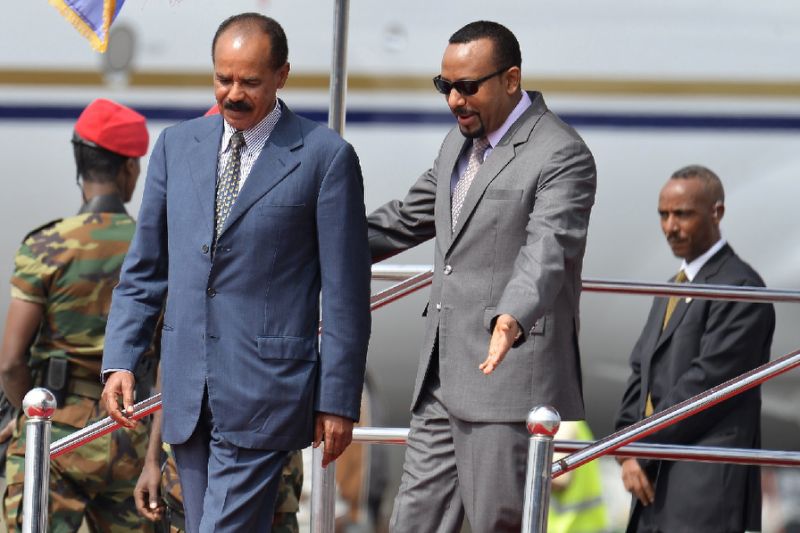 It’s just five months since Abiy Ahmed took over as Ethiopian Prime Minister, yet the pace of change in the Horn of Africa has been simply staggering. Insuperable obstacles have been swept away. So many hurdles have been vaulted that it’s difficult to keep track.

First, Ethiopia and Eritrea ended years of hostilities. And just two months after Abiy’s first path-breaking visit to Eritrea meetings have been held in Djibouti to try and eliminate some of the major international problems besetting the region.

The background to the Djibouti mission was the conflict between Eritrea and Djibouti that erupted in 2008. For many years it was unresolved and there was a serious source of tension in the region. The Djibouti-Eritrea issue was also the reason why United Nations sanctions against Eritrea were not lifted – despite UN monitors declaring that Eritrea was no longer aiding the Somali Islamist group, Al-Shabaab.

The armed confrontations between Ethiopia and Eritrea, and between Eritrea and Djibouti, have now vanished in a puff of smoke. Or so it would appear.

It would be a mistake to ridicule what has been achieved. Eritrea seems to have genuinely dropped its hostility towards its southern and its eastern neighbour. But it’s also prudent to note the obstacles that remain.

Eritrea is still locked in a confrontation with its western neighbour, Sudan. In January Sudan’s President Omar al Bashir closed the country’s border with Eritrea, sending crack troops to patrol the frontier. The dispute was never officially explained and seems to have been parked for now. But others remain.

Abiy is aware that a lot still needs to be done. As he put it recently: “When the time came both peoples Eritrea and Ethiopia woke up from their sleep and said enough is enough and brought back their peace. The next question will be not about who contributed how much to the peace deal, it should be on how to keep and sustain the peace, because the peace needs to be maintained. So, all people have to work together to sustain it.”

In addition, for the peace efforts to stick both Ethiopia and Eritrea must complete internal reforms. Abiy has pushed Ethiopia much further down the road of reform while Eritrea still has a long way to go. Consolidating democracy and internal peace building will be needed if the dramatic pace of change is to hold in the region.

What still needs to be done

As Abiy rightly says, a great deal still needs to be done to sustain the peace. People and villages all along the Ethiopian border need to be assigned to their respective countries, as the new border comes into force. Tens of thousands of troops will have to be withdrawn from the trenches they have inhabited since the end of the border war of 1998-2000. A host of customs arrangements and immigration issues must be resolved. This is the hard graft that needs to follow the handshakes and smiles of the leaders.

Then there are internal reforms in both Ethiopia and Eritrea that have to be addressed if peace and security are to be consolidated.

Ethiopia has made considerable progress on this front. Journalists have been freed from jail, the internet restrictions lifted and media regulations relaxed. Political prisoners have been released and opposition leaders have come home.

Even hardline rebels based in Eritrea have returned. Berhanu Nega, the elected mayor of Addis Ababa, who fled into exile in the US, has arrived home. Speaking to the BBC he described Ethiopia as a fundamentally changed country.

These developments have transformed the atmosphere in the capital. But in the rest of Ethiopia there are still major issues confronting the government. More than two million people have been displaced in recent ethnic clashes. The Tigrayans, who ruled the country after seizing the capital in 1991, are smarting from their loss of influence.

Still some way to go in Eritrea

In Eritrea there have only been the most feeble of moves towards reform. Bloomberg reported that the government is “definitely studying” the possibility of demobilisation of its vast army of national service conscripts. In an interview the Minister for Labour and Human Welfare Luul Gebreab said:

Definitely a small army will remain, and the others will concentrate on the developmental work as planned.

On other reforms, including the implementation of the country’s constitution, the freeing of political prisoners and the lifting of the ban on independent media and all opposition political parties, there is a stony silence from the Eritrean government.

Herman Cohen, the former US Secretary of State for African Affairs who brokered an end to the Eritrean-Ethiopian War in 1991 has offered encouragement. He has has argued that President Isaias “should not fear a more open Eritrea system. Now would be a good time to start the process.”

There are no signs of this taking place and as a result no drop in the number of Eritreans fleeing to neighbouring Ethiopia. The UN Refugee agency registered 1,738 in July this year – very much on trend with previous years.

The developments between states in the Horn of Africa are clearly very welcome. The question now is whether they can be translated into reality on the ground, and whether the international developments will be reflected in internal reforms.

Once both of these steps have been taken it would be possible to conclude that the region has truly been transformed.