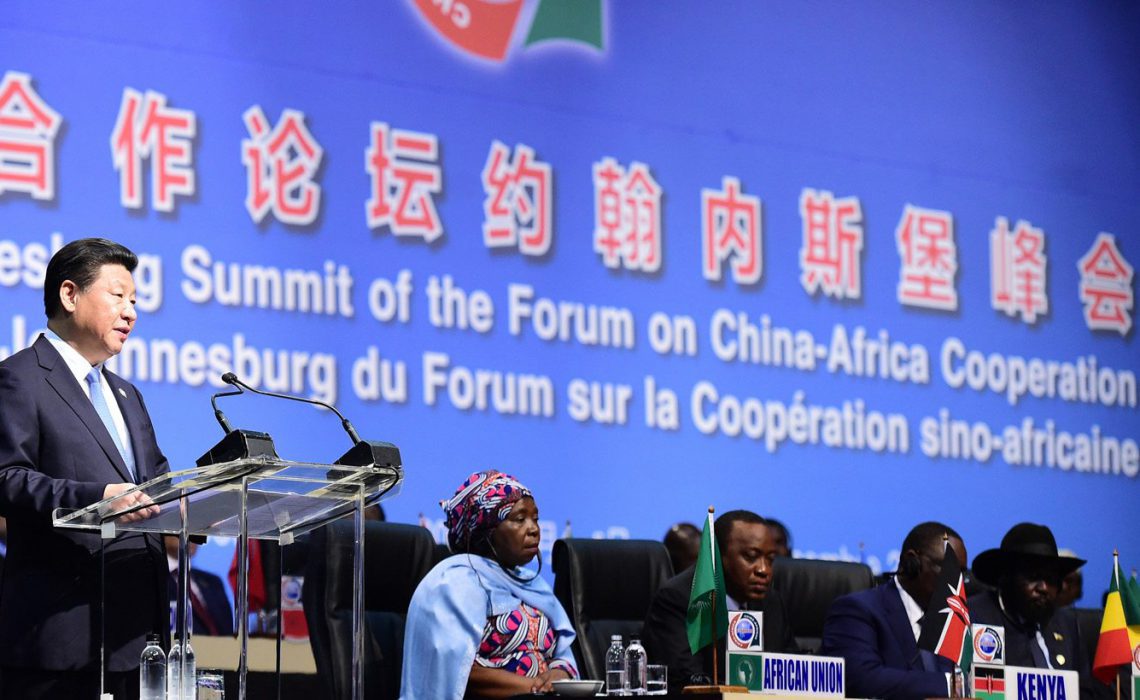 China’s footprints are all over the African continent, signing deals with many countries. However, the finer details of China-Africa loans are often kept secret. There are concerns that African countries are mortgaging their natural resources as collateral for the loans. The China-Africa deals ought to be transparent, and the public has the right to scrutinise the agreements.

The news of China taking over Sri Lanka’s port and 15000 hectares of land on a 99 year lease recently raised questions and debate on the African continent about the kind of agreements African presidents are signing with China. The deal which has raised eyebrows was signed between  two state firms, Sri Lanka Ports Authority (SLPA) and China Merchants Port Holdings.

The South African parliament, led by the minority leader from the Democratic Alliance (DA) Mmusi Maimane, demanded to know from President Cyril Ramaphosa “the terms of Eskom’s $2,313,143,580 (R33 billion) loan with the Chinese Development Bank.” Maimane gave President Ramaphosa 14 days to table the terms in parliament “in the interest of openness and transparency.” Eskom is South Africa’s electricity public utility.

Many other African countries have made trade murky deals with China. Zambia’s President Edgar Lungu has signed off on at least $8 billion from the Chinese. According to Africa Confidential, talks are underway for a Chinese company to take over Zesco, a state owned power company in Zambia. Africa Confidential, in a report titled Bonds, bills and even bigger debts revealed that Zambia National Broadcasting Corporation (ZNBC) is already being run by the Chinese. There are concerns that the Kenneth Kaunda Airport is likely to end up in the hands of the Chinese if Zambia doesn’t pay its debts.

The trade deals signed by African leaders have not been revealed to the public. The 2018 edition of the Forum for China-Africa Cooperation summit held in Beijing, China.  At the summit China pledged US$60 billion of financing to Africa. The question many have asked is: what is Africa offering China in return for the major loans? Trade and aid and loans come with clauses and conditions that are never revealed to the public. It is the citizens who end up paying for such trade deals. Grant Harris, a former Africa advisor to President Barack Obama said in a BBC interview that “China is a debt trap for Djibouti, Kenya and other African countries.”

The finer details of China-Africa loans are often kept secret by both parties. There are concerns that African countries are mortgaging their wealth in the form of mineral and oil resources as collateral for the loans. Angola, Africa’s third largest economy is already heavily indebted to China. The Export-Import Bank of China, the Industrial and Commercial Bank of China, and the China Development Bank extended $14.5 billion in credit to Angola.  For Angola, it repays China in crude oil making it China’s second largest supplier after Saudi Arabia. Meaning that it would repay its debt to China through its major mineral resource and foreign earner, oil. The effect of such an agreement is that Angola is left with little to sell on the world market. Angola has fallen into China’s economic grip, a grip it’ll struggle to free itself from in a long while.  China has been lauded for its loans that go directly into infrastructural development. The question of the quality of infrastructure has not been fully scrutinised.

The request by South African parliamentarian, and opposition DA leader Maimane to have the terms of the contract South Africa signed with China tabled before the parliament should be a requirement for governments that have signed deals with the Chinese. There is no denying that many African countries have binding social, economic, and political ties with the Chinese. The deals between China and Africa ought to be fair and transparent.  The Chinese are not in the business of doing charity work, but the country is targeting the natural resources of African countries to advance its own economic development, to cement its position as a global power and leader, thus every country on the continent needs to be wary.