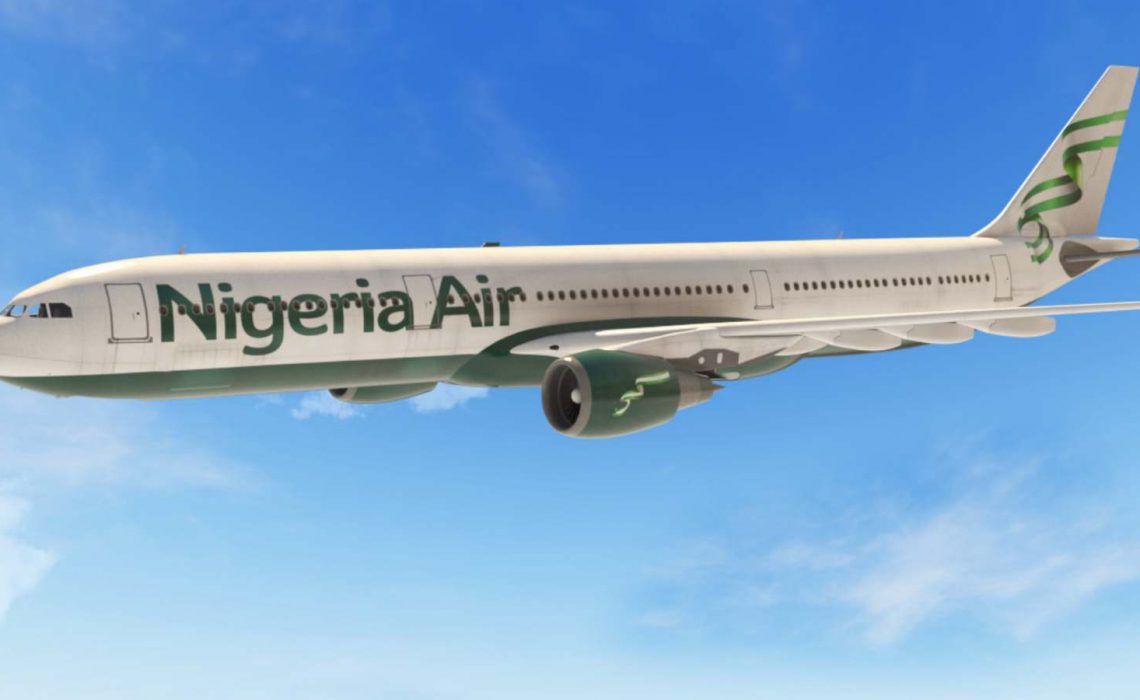 Those expecting the Nigerian government to float a national carrier before the end of this year may have to wait a little longer. The project – Nigeria Air – has been suspended indefinitely, barely two months after the logo of the proposed airline was unveiled in an elaborate Farnborough Air Show in London, United Kingdom.

The proposed airline was expected to gulp $8.8 million preliminary investment and $300 million as take-off cost. The 1.5 billion Naira ($4.132 million), which Nigeria expended on the design, unveiling of the airline logo and event at the Air Show in London last July is now a waste.

Nigeria’s Minister of State for Aviation, Mr Hadi Sirika, said the decision to put the project on hold was taken yesterday at the weekly Federal Executive Council (FEC) in Abuja, Nigeria’s political capital.

Mr Sirika, who broke the news in his office, said the decision was strategic, dismissing claims that the suspension was due to pressure from stakeholders and the politics. 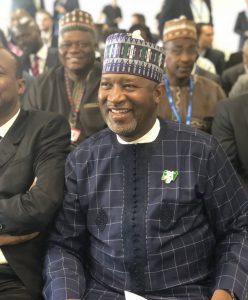 Mr Hadi Sirika at the Air Show event in London, where he unveiled the logo of the suspended airline project…last July

He said: “The Federal Government of Nigeria decided to suspend the National Carrier project for some strategic reasons and we would advise you in due course.

“The decision has nothing to do with the pressure from stakeholders because I have explained that, for 40 years when decision was made to liberalise the Aviation sector, we saw the coming of Okada, Kabo, ABC and Bellview airlines. We have seen their coming and their exit. And right now, we have got Medview, Airpeace, Arik arilines; we have got all of these people with permission to go international.

“We have given them Banjul, Dubai, London, South Africa international routes and we have given them everywhere. Of course, none of them is meeting the need by Nigerian people to have robust national carrier and that is to say that something is amiss”

Mr Sirika said that was the intention of the government to set up a carrier that would deliver this service to Nigerian people.

He said: “The service is needed and that is why the government went ahead to appoint Transaction Adviser to continue the process. So, it has nothing to do with pressure. There is no pressure and you and I know that the service is not being delivered in Nigeria. But, there is no argument from stakeholders to say we should not proceed.”

“Seating to my right is the Rector of Nigeria College of Aviation Technology (NCAT), Captain Abdulsalam Muhammed, even before I was made the minister, shortly after the President was sworn in, he was made the chairman of the Task Force to establish a national carrier and once I became minister, they handed over the report to government and government gave me the report and asked me to implement to set up a national carrier.

“So it had nothing to do with politics. It is strategic and let’s leave it at that. It has been suspended for now.”

On how the international stakeholders would perceive the decision, Sirika said: “Since there is lot of international engagements and banks, consulting companies and all and how do they beleive in us that we are serious again in future?

Nigerian aviation stakeholders described the suspension of the proposed airline as “expected outcome” of a poor planning.

They said the suspension confirmed their earlier claim that the government did not get its act right on the project that has elicited much debate because of modalities; equity structure and lack of transparency that characterised the project.

The AON had dismissed the concept of national carrier as a “no longer fashionable idea.”

A member of the Aviation Round Table Safety Initiative, Group Captain John Ojikutu, said the suspension was evidence that the promoters of the project could not get their acts right.

He said he was not surprised about the development because the Minister of State for Aviation, Mr Sirika, and other representatives of government could not provide answers to some of the questions raised about the project.

Captain Ojikutu said: “The suspension of the national carrier project means that government could not get its acts right. Why should the project not fail, when some of us raised concerns about the equity structure, the modalities they claimed they were going to use. How come the government could not give full disclosure on who the supposed investors would be.

“All these point to the fact that somethings were not right about the project. Perhaps, the promoters could not achieve what they wanted with the project, they have to now call it off. Some of us had always suspected that something was not very clear about the national carrier.

“Why should the government fund the so-called national carrier and fail to give details on the equity structure. Why should government have allowed competitors to be partners in the new project?”