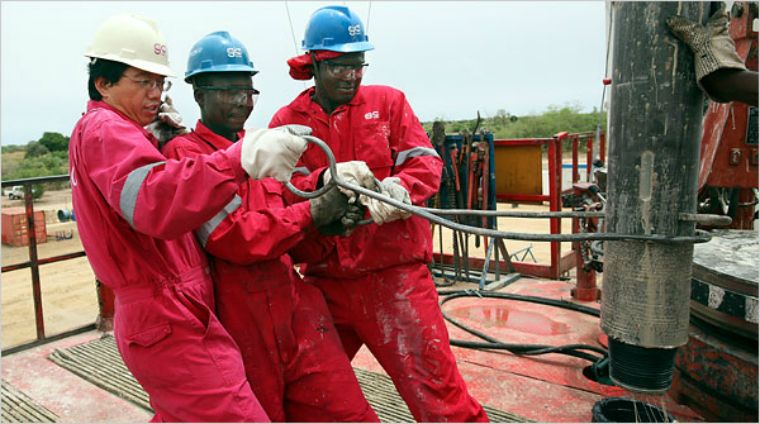 The presence of Chinese companies in Africa is testing the labour laws of various African countries. There have been concerns over Chinese labour practices, often viewed as unfair, with various cases reported of poor and harsh working conditions. African governments and labour unions have more work to do to ensure workers are protected.

The plight of African workers under Chinese employers brings into focus the poor and non-implemented labour laws that exist in many African countries. In Silent Army an investigative book on China’s activities in Africa and other parts of the world, Juan Pablo and Heriberto Araujo said: “Common trends at Chinese businesses in Africa [included] hostile attitudes towards trade unions, various violations of workers’ rights, poor working conditions and several instances of discrimination and unfair labour practices.” In reality, a lot worse goes on and the Chinese companies operating in various African countries have been accusing of ill-treating workers amongst other accusations.

Unfortunately for Africa, it is dealing with a country that has zero tolerance for human rights, which is often criticised for its weak labour laws. The Chinese companies and government might bring the infrastructure and the money, but are there other concerns that are being overlooked, especially on a continent where democracy is still struggling to get on its feet?

China’s non-interference policy doesn’t stop the incursion of Chinese nationals in Africa, some of whom come with  racist attitudes and slavery work ethic. In a video that went viral, Liu Jiaqi, a Chinese national, was deported by the Kenyan immigration for racial slurs against his Kenyan colleagues. In Kenya, the rule of law is stronger than in other parts of Africa. Another video released from Uganda showed a Chinese illegal miner assaulting a Ugandan government official. It is important that Africans demand better treatment of their workers and implement labour laws.

Former Zambian leader Michael Sata  was well known for speaking out against Chinese labour practices. Sata denounced China’s role in Africa and as part of his campaign promised to stop Zambia from becoming a “dumping ground for their human beings”.

In Nigeria, the case is no different. Interestingly, the first International Labour Organisation (ILO) office in Africa was established in Lagos, Nigeria, in 1959. We spoke to a Nigerian doctor who told us of how he treated the wounds of a Nigerian worker in a Chinese company. The Nigerian worker, a technician in the company was asked by his Chinese employer to pack aluminium rods that were delivered. The company usually employs labourers to pack the rods. When the Nigerian worker explained that it was work meant for the labourers and that it was closing time, his Chinese boss picked one of the aluminium rods and started hitting the Nigerian worker on the side of his chest. Such occurrences are replete on the continent. Not just under the Chinese, but also under other foreign employees.

In 2010 in a case that shocked many Zambians and Africans, Chinese executives opened fire on workers who were protesting against poor pay and conditions at the Collum coal mine in the southern Sinazongwe province. Eleven people were reportedly admitted to hospital following the shooting. The incident triggered a backlash from both citizens and political leaders.

According to Chris Alden, author of China in Africa he says: “setting up or relocating manufacturing to Shenzen or Pudong district for Western investors is precisely the shocking low wages of Chinese workers and the absence of (or lack of enforcement) of labour standards.” For the Chinese, cheap labour is nothing new to them. However, when this is brought to African countries where Africans are overworked and paid peanuts, the government must step up and do something about it. When we spoke to Iyanu who works as an accountant in a Chinese construction company, she said she works from Monday to Saturday and earns $3.30 (N1, 200) a day.

Cheap labour on the continent is also fuelled by high rate of unemployment. Due to lack of communication, workers in the construction company would be assaulted. Sometimes their heads hit with helmets. For Iyanu, it’s nothing short of slavery. But survival is key, especially when the government is doing nothing to help. Some of the construction workers get paid as high as $137 (N50, 000) a month. While a Nigerian senator takes home over $3000 a month home, the minimum wage in Nigeria is a paltry $50.

In 2012, a report by Johannesburg-based South Africa Resource Watch (SARW) revealed that Chinese companies were engaged in widespread labor abuses in sub-Saharan Africa, subjecting local employees in the mining industry to harsh and unfair working conditions. The report, investigated Chinese labor practices in Zimbabwe, Zambia, and the Democratic Republic of Congo, and revealed that mining companies were the chief culprits with respects to labor abuses and infractions.

Not much has since changed since this report and African governments need to take a leading role in protecting workers from abuse and ill-treatment. Asides taking loans from the Chinese, African governments and labour unions have more work to do about how their people are treated on the continent.