5 ways the West get African development all wrong 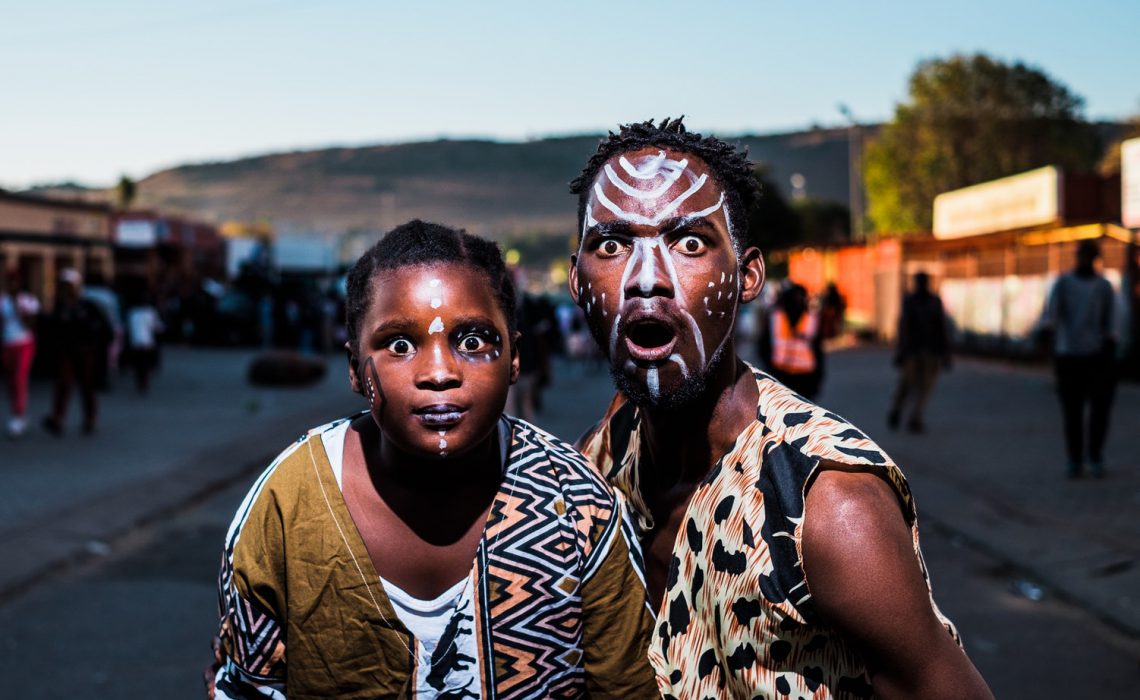 In the last few weeks, Africa witnessed two major events that could influence the continent’s economic landscape in the coming decades. First was the visit by British Prime Minister Theresa May and her pledge of $5.1 billion in investments continent-wide, as the UK prepares for life after Brexit. Next followed the gesture of Chinese President Xi Jinping, who offered $60 billion in loans and aid to African leaders at the Forum for China-Africa Cooperation in Beijing.

These two offers ironically sum up the status of the continent: Africa is the new economic frontier that needs a tremendous amount of help – and the proper way to help is seldom understood by the West. Unfortunately, what development efforts should promise, and how they should be implemented, are questions both African leaders and their partners have gotten wrong for years. But here are a few things the world must understand about helping Africa.

1. Africa is not transparent enough for loans

Among the many questions, economists find hard to answer is: What total amount of loans does the continent need? And do beneficiary countries have the structural requirements to successfully pay off debts without experiencing financial problems?

The answer is simple: The financial administrative structures across Africa are not transparent enough to allow for proper accounting of state finances.

For instance, the IMF and World Bank loan facilities in the 1980s intended for industrializing the continent were a monumental failure because of the lack of transparency in recipient countries. Within a short period of acquiring billions in loans, most governments could not balance their books. And instead of creditors demanding that existing loans be paid back, they gave out more loans.

Eventually, governments could neither keep up the debt service nor point to successful development projects, and creditors had to cancel the debt through the Multilateral Debt Relief Initiative in 2005.

Unfortunately, as it was then, so it is now. In fact, China is drowning the continent in more debt through its indiscriminate loans.

For instance, Nigerian President Muhammadu Buhari asked China for a $380 million loan to build a power plant just weeks after his administration announced the disbursement of $322 million. The funds had been recovered from the Swiss bank account of former military dictator Sani Abacha, who is believed to have stolen them from the treasury during his years in office. Why Buhari cannot use the recovered money to finance this project rather than redistributing it to the poor – just ahead of an election – and seeking a loan from China is a question resonating among nearly all African leaders.

2. Foreign aid is the new chain of slavery

The noble intentions of international donors have harmed both them and their African recipients gravely. They have almost destroyed the private sector, which is the bedrock of the African economy, and turned the continent into an economic dumping ground. When foreign donations pour in to address a short-term crisis, the donations rarely alleviate the problem. Instead, they push local businesses out of the market through unfair competition with free goods.

For instance, many of the international donations of food and clothing for victims of Boko Haram’s insurgency in northeastern Nigeria were sourced outside the country. However, Nigeria has indigenous industries that could have met that demand. This charity merely succeeded in putting many local traders out of business. A similar scenario caused economic problems for Rwanda after its civil war and, at other times, damaged businesses in Zaire, Ethiopia, Somalia, and many other nations.

Presently, aid influx is affecting the performance of local businesses across the Sahel region, where famine and drought attract foreign donations. But Africa has the capacity to provide its own products. Foreign aid to sub-Saharan Africa peaked at around $40 billion. However, corruption costs Africa as much as $148 billion every year. Eliminating corruption could more than replace this revenue source.

The notion that poor countries can increase taxes to generate funds for development programs is absurd. Africa cannot simply tax itself out of poverty for two reasons. First, the average income in Africa is low and, second, economies prosper only when people are allowed to keep most of their earnings.

If more than half of the continent is already living below the poverty level, how much of their earnings can they justly be asked to surrender to the government in the form of higher taxation? And should companies that risk everything to invest in the continent be subjected to exorbitant tax rates because governments, which have a poor record of integrity, say they need more money?

Presently, many countries have multi-tiered tax systems, which permit the central, provincial, and municipal government agencies to collect taxes from businesses regardless of the firms’ financial condition or size.

This ignores the fact that most business owners already lose money because they often have to bribe their way through those who administer the numerous laws regulating businesses – and then pay dues to labor unions on top of that. To suggest government increase taxes, considering the financial condition of Africans, will only make things worse.

Most African governments are too big, too bureaucratic, and too corrupt to function, let alone show any level of transparency. But things were not always like this.

Before colonialism, Africa used to be a place of distinct tribes, with independent governments under systemic checks and balances. The colonialists only amalgamated tribes under a single administrative unit because of the ease of governance, not because of their own relationships – and certainly not to serve the interests of Africans. Today, the international community has helped most African countries further institute and ingrain these unmanageable administrative systems in the spirit of helping Africa.

Development cannot be orchestrated from these bureaucratic central governments when the need of each tribe constituting these fictitious unions differ. Only local councils genuinely know the needs of their people and, thus, are best positioned to meet them.

The pictures that appeal to foreign aid donors are poor people in remote rural communities. But many of these people are cut-off from central administration. Rather than working directly with these rural communities and considering their dynamics, foreign donors give all assistance to central governments that lack adequate knowledge of these communities. In fact, most governments simply use these resources as a means of purchasing political loyalty.

5. “Let justice roll down like waters.” Everything depends on the proper administration of justice

Adam Smith in his Wealth of Nations made a compelling case that an unbiased judicial system aids economic progress. He emphasized the importance of the legal system acting as a fair broker in disputes between the state and its citizens, as well as between citizens of different social stations. Justice is the great need of Africa today. If partners can admonish African governments to consider improving their judicial systems, other reforms may well take root.

Limiting the power of the government and its cronies, and tempering bureaucratic overreach with a firm respect for individual rights, are prerequisites for economic progress. But across Africa, the judicial system often favors the state and its cronies, especially in cases of property disputes and abuses of fundamental rights.

For example, the South African government’s proposed land expropriation policy, which divides the country along racial lines and has already had negative effects on the agricultural sector. Likewise, neighboring Zimbabwe crumbled due to similar experimentation not long ago. In both cases, power-hungry politicians found a legal rationale for policies that violate the laws of God and man.

Innocent Africans have suffered greatly at the hands of selfish leaders. The only thing they deserve moving forward is the right to fulfill their potential, and to pursue happiness without the heavy hand of the state or its unintentional enablers overseas. A seemingly altruistic policy is only truly noble when it is applied with a thorough consideration of all its consequences.

This piece originally appeared in the Acton Transatlantic Blog