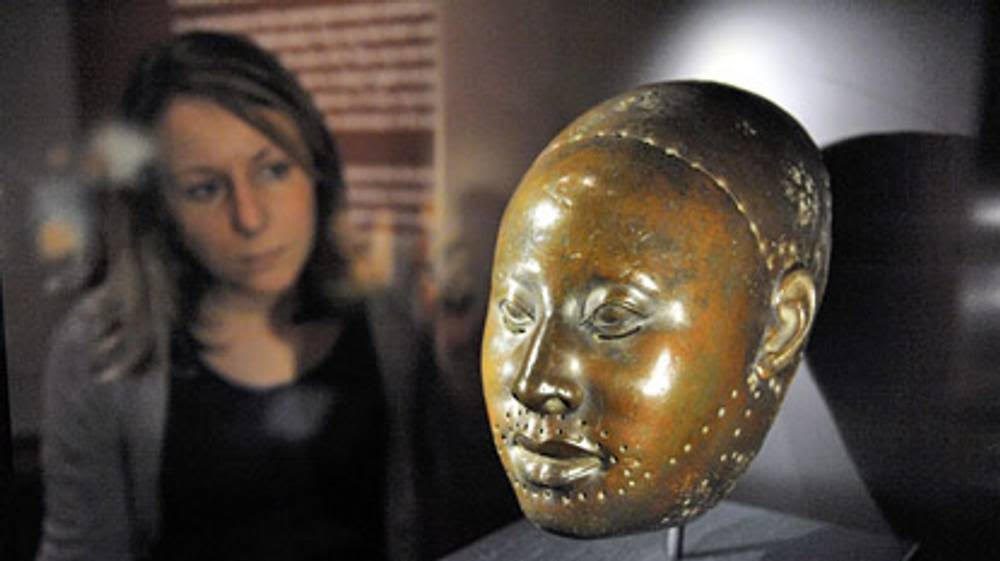 This post is part of the series Communism in Africa

The absence of technically organized ideologies in traditional African societies made several historians resolve that pre-colonial Africa had no clear patterns that governed behavior except the unearthing of some ancestral practices. Historians like George Dalton identified the inability of Western writers to draw clear parallels between economic systems in traditional African societies and the theories developed in the West as the primary course to this conclusion. [1]

Unlike Europe or the Americas where sufficient texts written by generations of historians exists on the cultural and philosophical evolution of the society, it rarely does in Africa. Most knowledge on the evolution of African philosophy is derived from visual arts works, tales and folklore, passed over generations. Colonialism and inter-tribal wars destroyed many of this evidence while the few that survived, gradually vanished due to lack of preservation over time.

Meanwhile, empirical inquiry into African philosophy never happened until around mid-1900s, most notably with the publication of La Philosophie Bantu (Bantu Philosophy) in 1945 by a Catholic priest, Placide Tempel. The work was sort of a response to the misconceptions about the Bantu people of West Africa.

Temple refuted the claims by Western writers and the Catholic Church that traditional Africans had led a common primitive life and had no rational thinking that regulated affairs.  Similar to his position, writers like Alexis Kagame attempted to create the substance for African philosophy by answering meta-philosophical questions – an attempt to create the philosophy of African philosophy- for ease of study due to the absence of literature. Both would eventually set the premise for modern studies in African philosophy.

The works that followed the first set of texts on African philosophy revealed that the absence of ideological details noted by Dalton and others actually existed in African communities but could only be empirically studied with cognizance to social structures such as religion and kinship.[2]

In the same spirit, African nationalists in the later part of the 1900s agreed that there were indeed patterns peculiar to each African community resembling some of the propositions later developed into socialism and communism. [3]

They historically presented the collective purpose against individual purpose by arguing the true and only philosophy in traditional Africa was the philosophy of brotherhood and welfarism, which prevented anyone from becoming more prosperous than everyone else. They rejected all notions of self-determinism or personal ambition as non-existential in traditional Africa while claiming a strongman leadership of interest was the choice of governance in the most part of African political history.

In their accounts, the supreme leader or council held the right over the life of every member in the community and served as the custodians of morality. Contrariwise, the philosophy of traditional Africa was not in any way relegated to principles in socialism or communism but greatly extended to principles later advocated by many traditional classical liberal scholars.

This is because, in some early African communities, authority was not central, while in others, they never even existed. In some cases, people were entitled to self-determinism under anarchic and acephalous communities. Some even had well-organized administrative structures without monarchs or a centralized ruling elite council.

In communities like the Tallensi (Ghana), Logoli (Kenya) and Nuer (South Sudan) there were no institutions that regulated social life but were purely anarchic [4]. In communities with clearly defined systems of governance, the majority of them had structures for institutional ombudsman and separation of powers among governing councils – comparable to the tripartite system proposed by French philosopher, Baron de Montesquieu in The Spirit of the Laws (1748).

The absence of centralized structures of authority did not imply statelessness so to speak because there were concurrently customs and understandings that sanctioned deviant behaviors.

These communities also treasured standards for checks and balances to avoid power concentration or abuse by an individual or group. For example, in the Igbo community (Nigeria), authority was shared among groups like the ofo (family heads), ozo (nobles) and the age-grade groups with similar model among the Yoruba (Nigeria), the Bété, Dida and Baoulé (Cote d’Ivoire), the Nuer and Dinka Gnoc (South Sudan), the Massai (Kenya), the Nyjakusa (Tanzania) and Tonga (Zambia) tribes.[5]

Political decisions in the community rested on the harmony of opinions among council members while individuals typically determined their commercial choices. However, the absence of centralized structures of authority did not imply statelessness so to speak because there were concurrently customs and understandings that sanctioned deviant behaviors.

Even in communities with centralized authorities, independent institutions limited the government, which is contrary to claims of an overall common authoritarian pattern in every traditional African society. In the political fold, governance only existed to whatever extent public opinion agreed. Most political decisions greatly depended on consensus among chiefs, councils, or the public, with cognizance to individual judgment.

This individual judgment was present in the form of a household representative democracy. Every member of the community belonged to a household, and their opinions formed household interests, which was subsequently represented in councils by their elders or nobles.

Editor’s note: This piece is part of a series republished from The Ambush of African Philosophy: An Exhumation of Classical Liberal Principles in the Evolution of African Societies, originally appeared in the Journal of Liberty and International Affairs, May 05, 2017.

Continue reading this series:
Communism in Africa: On Ubuntu and Nationalism