After legalising use of cannabis, it’s time to also decriminalise sex work in South Africa 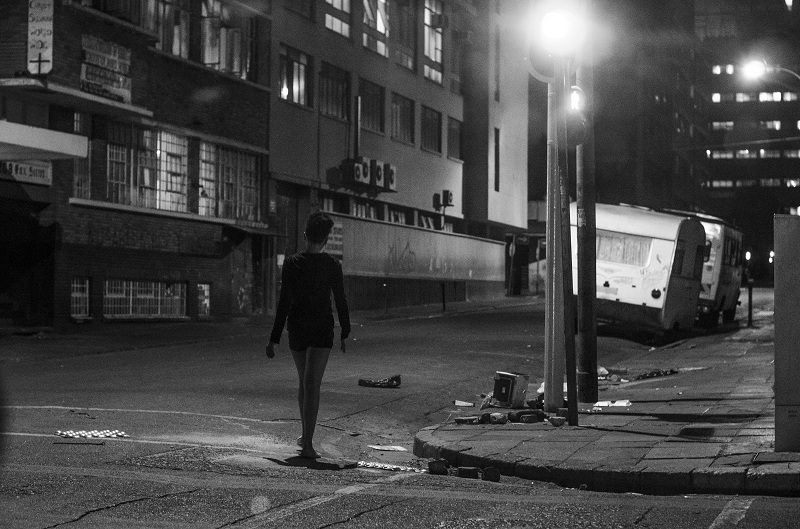 In September 2018 the Constitutional Court of South Africa passed down a landmark ruling that decriminalised the private use of cannabis. This means that people can grow and use cannabis in the private comfort of their homes. In the aftermath of this landmark ruling, is it possible to draw comparisons to the ongoing fight to decriminalise sex work?

Dr Marlise Richter, of the social justice NGO Sonke Gender Justice, says the decriminalisation of sex work is a better option than legalisation as it “removes the criminal law from adult, consensual sex, which legalisation does not do completely.” Legalisation would subject sex workers to special laws, licensing (which tends to carry negative implications, like profiling) and forced health testing, which could leave sex workers vulnerable still. Decriminalisation is a better fit as it grants sex workers the power to choose when and how they want to work and the voluntary sale of sex cannot carry any criminal repercussions.

Dr Richter says that our society’s “sexual moralism” is the biggest challenge they have encountered in their quest to decriminalise sex work in South Africa. This, coupled with “the lack of political will to follow the clear evidence base on decriminalisation”, makes for many hurdles. Lesego Tlhwale, media advocacy officer for Sex Workers Education and Advocacy Taskforce (S.W.E.A.T) agrees with Dr Richter and adds that many of their challenges are rooted in how policy makers make decisions based on some version of “morality” that has hindered their work.

“Lobbying and advocating for the decriminalisation of sex work in a South Africa should be easy enough because of our progressive Constitution and a Bill of Rights that is second to none. However, this is not the case, because South Africa is also a socially conservative country. So, our biggest challenges right now is trying to get the laws changed in parliament and getting the support of MPs who have the power to put through a new Bill,” she says. The conservative nature of decision makers has prolonged the passing of a rule that could grant sex workers the use of labour rights, which they cannot currently insist on under criminalisation as they fear arrest or violence.

Tlhwale suggests that the essence of why sex work was criminalised back in 1957, in terms of the Immorality Act of 1957, later called the Sexual Offences Act, can be attributed to the colonial nature of policing bodies. The Immorality Act of 1957 banned the sale of sex across all races. According to the Asijiki report by Dean Peters and Zia Wasserman, subtitled “A touchstone document of peer-reviewed academic evidence on the decriminalisation of sex work”, “The direct criminalisation of sex work itself came from a supposed need to stop sex between different races, rather than commercial sex as such.” These same laws continue to stand today and have been harmful to the sex industry and sex workers who cannot report instances of assault, gain access health care and face possible arrest at all times. The sex work laws are an apartheid legacy, similar to many other laws that remained unchanged and were carried into the “new” South Africa.

Some laws continue to infringe on the personal choices of many South Africans – the anti-sex laws upheld currently are a reflection of this. Cannabis use being allowed in the privacy of people’s homes was a big win for cannabis lobbyists, who have been challenging the courts for over 20 years, with Rastafarian Gareth Prince leading the fight. “I think there are similar arguments to be made on the rights to privacy, and the state having to show a clear and legitimate interest in interfering in the lives and private choices of people living in South Africa,” says Dr Richter, in reference to the similarities between the cannabis ruling in September and the decriminalisation of sex work. Thlale says that since the criminalisation of cannabis use was also a colonially tinged law and if it can be decriminalised then sex work can also be decriminalised.

The law is an important “rule keeping” mechanism. The law maintains order but it can also influence society’s perception of what is right or wrong. Referring to his own journey of coming out and the sodomy laws that were decriminalised in 1999, Keval Harie, from the Gay And Lesbian Archives (GALA), recently said the following about decriminalisation at the Open Book Festival: “Laws do matter, because even my family, with their own prejudices or fears, knew at that stage that their child couldn’t be deemed a criminal or be arrested for something he was doing. That in itself, I think, was a starting point for them to change and accept.”

The decriminalisation of the private use of cannabis use and the decriminalisation of sex work may be very different causes, but the value they share is the fight for autonomy to partake in whatever choices a citizen makes. Sex work has yet to be decriminalised in South Africa, but the movement is supported by tons of evidence and so many civil organisations that hopefully the government will yield to the pressure soon.

Economics
SA’s Economy will only Grow if Liberated from the State
Economics
South Africa: Is Inflation Here To Stay?
Politics
Jacob G. Zuma: From Revolutionary to Villain