IMANI Research: 2019 Budget Analysis on the Energy Sector in Ghana 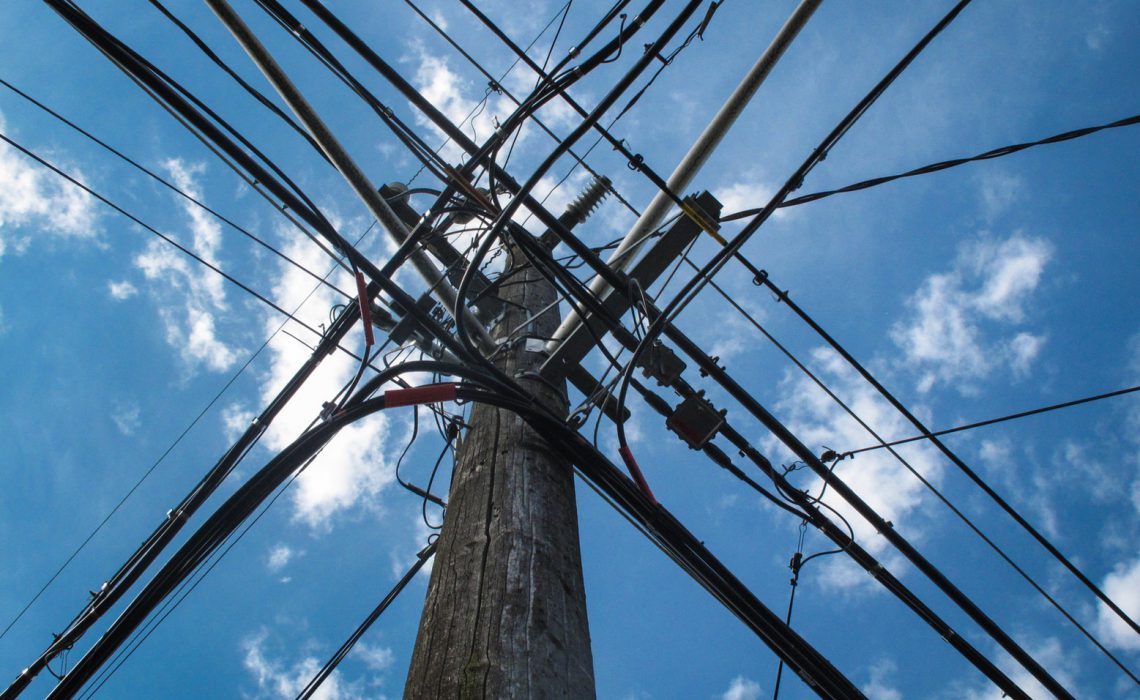 The announcement within the 2018 budget that the energy sector debt had been reduced to GHS 5 billion was received with excitement and gave hope that energy sector debts could be further reduced overtime and eventually eliminated through proceeds from the Energy Sector Levy (ESL) and the energy bonds. Our 2017 and 2018 budget analyses, however, highlighted the critical need to apply commensurate efforts towards managing debt accumulation as was being accorded debt restructuring, to ensure that net debt accumulation overtime will not remain positive and continue to increase as such eroding the gains of debt restructuring.

The failure of the 2019 budget to give a clear figure of the amount by which the energy debt stock has been reduced for the 2018 fiscal year, and its proposal that the extraction of governments share of gas resources be postponed to allow the government devise ways of getting VRA to pay its debt to Ghana Gas is indicative of the possible manifestation of the poorly managed debt accumulation of the power utilities. The fact that factors that cause debt accumulation for the power utilities have not been appropriately dealt with may be jeopardizing or eroding gains from debt restructuring. Analysis of GRIDCO’s statement of the account indicates that the utility is still saddled with debts owed it by ECG and VALCO.

The 2019 budget reports that an amount of GHS2, 334.69 million was collected via the Energy Sector Levy (ESL) out of which GHS2, 339.51 was lodged into the established and other ESLA accounts. Of this amount lodged, GHS1, 922.19 (82 percent) was utilized.  Of the amount utilized, 59 percent was transferred to the ESLA Plc for debt service payments for bonds issued. The road fund also received 27 percent of the total lodged amount while 9.6 percent was disbursed towards subsidies to Bulk Oil Distribution Companies (BDCs) for the supply of premix fuel and Residual Fuel Oil.

These disbursements were done according to provisions in the ESLA Act 899 as amended Act 946. However, it is noted that over the period 2016 to 2019, the allocations from the ESL account into the road fund, energy fund, the national electrification fund and towards payments for the supply of fuel have been incoherent and fluctuate largely (for example disbursement towards the road fund was 75% of the amount lodged in the ESL account in 2017 as compared to 27% for the 2018 fiscal year). This is because the Act itself does not specify a formula for these allocations that take due cognizance of impacts of these disbursements on energy debt reduction. Further, payments of levies into the road fund cannot be tracked to ascertain whether the amounts are being adequately utilized in view of road development. In light of this and given the persistent debt burden of the VRA, it is critical to examine these disbursements out of the ESL accounts and to think through ring-fencing of the proceeds of ESLA to focus more on debt recovery.

The persistence of the debt burden of VRA also raises a question concerning the impact of the reduction of electricity tariffs on debt restructuring efforts, as was raised in our 2017 and 2018 budget analyses. The 2017 budget announced a 50 percent reduction of levies on electricity including a reduction of the National Electrification Levy from 5 percent to 3 percent and of the Public Lighting Levy from 5 percent to 2 percent. The ESLA Act 899 was subsequently amended to reflect this. Further, the 2018 budget announced a reduction in electricity tariffs by 17.5 percent for residential consumers and 30 percent for businesses and industry. Given that 60 percent of the Public Lighting Levy as well as 60 percent of the National Electrification Levy go to support payment of power utility debt, it was clear that reduction in electricity tariffs was going to have an impact on debt restructuring efforts.

The silence of the 2019 budget on the other debt restructuring initiatives outlined by the NPP manifesto, the Coordinated Programme for Social and Economic Development (CPSED) 2017-2024 as well as the 2017 and 2018 budgets is resounding. There is no report on the Cash Waterfall Mechanism, the credit risk assessment framework to guide borrowing of SOE’s in the power sector, the fast-tracking of the development and implementation of the Energy Sector Financial Restructuring and Recovery Plan, the liquidity management mechanism for the power utilities, or the unbundling of VRA. Are these initiatives no longer material to the restructuring of the energy sector debt?

The proposal by the government to exclude gas revenues to the tune of US$181.80 million from the projected petroleum revenues for 2019 as well as to postpone the extraction of its share of the gas resource (Royalties, and Carried and Participating Interest [CAPI]), until off-takers to consume the gas is secured.

While the move may be a useful one to minimize take or pay liability, it will be useful to consider resultant impacts on power generation. How will power plants that depend on domestic gas from the SGN field be affected (For example, the Aboadze plant)? What is the strategy to secure other off-takers both domestic and international and what happens if off-takers are not secured? Most importantly, there are existing means by which the government proposed that VRA’s debt issues will be resolved. Is this to say the government is setting those means aside to find new means? And over which period of time will VRAs debt service be achieved so that gas activities are revamped? These are critical questions the government needs to answer.

Increased revenues from petroleum activities bring relief especially after the period of downturn (2014-2016). Petroleum receipts increased by 99% from USD362.58 million in 2017 to USD723.55 in 2018 (Jan to Sept) given increased oil and gas production and favorable global oil price. The most important observation is how petroleum revenues were channeled towards growth and development outcomes in the just ended 2018 fiscal year and are being channeled for the incoming 2019 fiscal year
.
The 2019 budget reports that, of the amount approved for ABFA expenditure, only 49% had been utilized as at September 2018. This is indicative of a possible repeat of the same violation of the PRMA concerning the disbursement of petroleum revenue that the Public Interest and Accountability Committee (PIAC) had spoken against where a portion of the ABFA allocations for the year 2017 was unspent but could not be accounted for by the Ministry of Finance. It is noteworthy that the budget was silent on the unspent portions of the ABFA both for 2017 and 2018.

Further, the PRMA mandates that (Section 21(14)), at least 70% of the ABFA be spent on capital expenditure. Of the total ABFA amount utilized in 2018, 5.7% was spent on Agriculture, 68.7% on Education-mainly for the provision of goods and services, 1.86% on health and 23.5% on Road, rail and other critical infrastructure. For the Free SHS initiative, an allocation of GHS720, 070, 682 has been made towards the provision of goods and services for 2019 but no allocation has been made toward capital expenditure from the ABFA. This violates section 21(14) and undermines the sustainability over time of the initiative given the effects on the provision of much-needed infrastructure.

To undertake the IPEP projects, an amount GHS654, 792,553 has been allocated from the ABFA towards capital expenditure. IPEP projects outlined in the budget include a provision of 10-seater water closets institutional toilets, community-based solar-powered water systems, 1,000 metric tonnes prefabricated grains warehouses as well as small dams and dugouts. Standardized guidelines concerning how the projects were selected is still not publicly available. It would be interesting to see what informed the selection of these projects and the intended impact on the communities in question; whether a needs-based assessment was carried out prior to selection of these projects and the value for money that these projects will deliver.

The government promised through its 2016 manifesto and through the CPESD that government and public buildings will be made to migrate to solar power in order to increase the adoption of renewable energy as well as reduce the expenditure on power utilities. Though the 2017 and 2018 budgets were not clear about steps were taken towards this, the 2019 budget reports that a contract was awarded, through the Solar Rooftop Programme, for the installation of 65kW solar rooftop system at the Ministry of Energy. The programme is expected to be extended to “most” public institutions. This move is commendable. However, there remains a lot to be done to ensure public buildings are “solar-ready”. This basically involves improving the efficiency of energy or power utilization at all government and public institutions. Without this, the cost of adopting solar may be unnecessarily large therefore undermining the objective of cost savings although reducing expenditure on energy utilities. The government may also consider eliminating costly storage technologies (solar batteries) by opting for direct current (DC) connections such that energy harnessed from the sun via solar panels is immediately converted and used to supply power for use during the day. This is the most prudent option because the most government and public institutions operate during the day (peak load). There is little need for power storage for use at night.

Further, it will be interesting to see whether the value for money has been ensured in the contract that is to deliver the solar rooftop system for the ministry of energy.