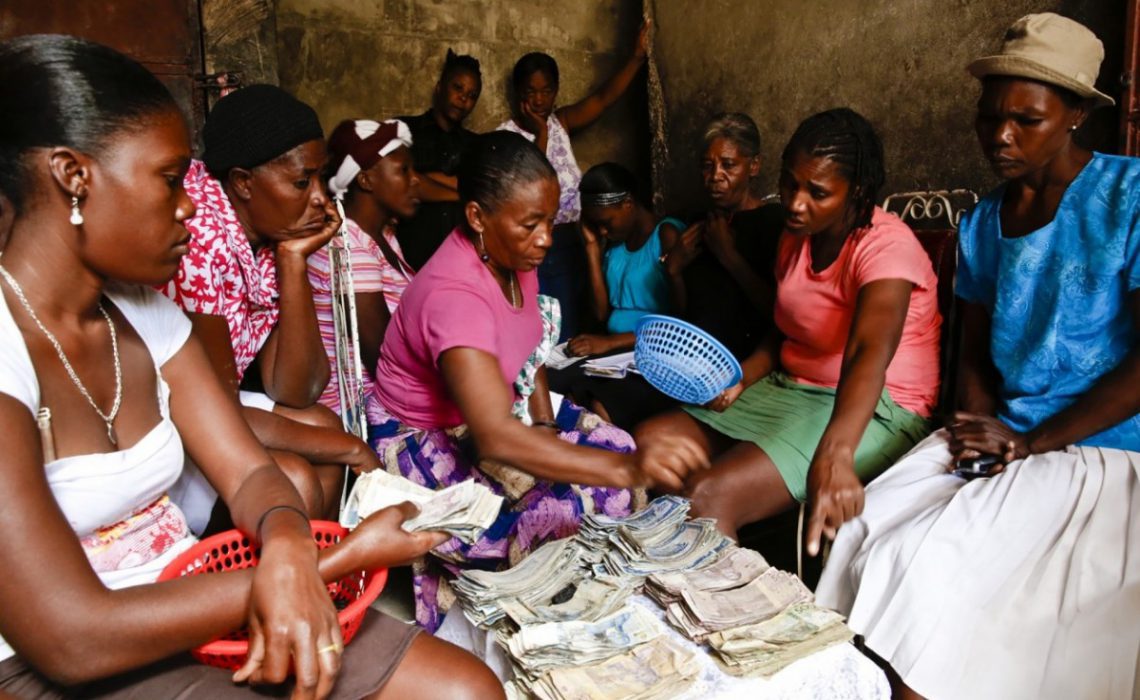 A while ago, CNN reported about a Susu club—an old African savings group—that is helping women in rural Senegal generate capital for businesses and finance for their family needs. It also highlights how a private loan provider uses the history of participants in the savings system to create credit scores in determining an individual’s qualification for a loan with the company.

Susu, as it is popularly called across West Africa—also know by other variants like Tontine, Ajo, and Adaji—is a community-oriented savings system that predates the modern banking system. It is common among all categories of people. Traders, students and even cooperate workers. It is a common interest group with finance at its center.

The remarkable thing about this system, though, is how it has survived for generations without large modifications when its success heavily depend on trust. Each member has no option but to keep faith in others’ promise to contribute their due at the agreed interval.

In a Susu group, every member periodically contributes an agreed amount into a virtual pot in custody of a selected group member acting as the bank. At a certain interval—often weekly or monthly, one member collect the total savings from the pot.

At the following interval, another member collects the savings and this continues until every member had collected to complete a cycle. The cycle rotates until whenever the group agrees to end their Susu.

The remarkable thing about this system, though, is how it has survived for generations without large modifications when its success heavily depends on trust. Each member has no option but to keep faith in others’ promise to contribute their due at the agreed interval.

Perhaps, one can find answers in the stories of millions of Africans that count on the system to survive as they power one of the continent’s most prolific resources: the informal economy.

Africa’s Grey Economy Depend on Susu

The informal economy in sub-Saharan Africa is among the largest in the world and it is responsible for 85.8 percent of total employment on the continent.

Also, 74 percent of women with jobs that are not agriculture related are in the informal economy while 8 in every 10 African youth are also informally employed. And at the heart of this massive economy is the Susu.

Many traders in the local markets depend on Susu Savings for start-up capital and sometimes loans, depending on the Susu policy. Individuals including the roadside mechanics, artisans, food hawkers and others that rarely have the requirements for bank loans, find relevance in joining Susu clubs.

This flow of non-corporate workers is more significant. Already, more than half of the adult population in sub-Saharan Africa is excluded from the formal financial system for reasons ranging from lack of trust in the banks to poor financial education. And for generations, Susu has filled the void of the ‘affordable lender,’ in which capacity, both the commercial banks and the state have failed.

For instance, bank loans usually come with high interests and sometimes a demand for collateral that is beyond tolerable for many traders. Likewise, government loans are difficult to obtain if an applicant does not belong to a certain political constituency.

These are the reasons many Africans refuse to participate in the conventional banking and loan systems but rather continue to do with their ancestral alternative.

With the banks, a customer does not have to belong to a community to participate in Susu since the banks basically create the connection. Also, unlike in the traditional Susu where contributions and payment depend on mutual trust, the banks can guarantee every collection at due.

Although, there are interests by the commercial and microfinance banks to modernize Susu. However, many have failed with reasons quite obvious.

Why Modernizing Susu is Difficult

Susu is a simple but delicate financial system.

Since it is generally oriented at solving a shared problem among a community, it will be hard for any bank to operate Susu without retaining the shared sense of community. Neither can the type of trust derived in such community be easily created outside of it.

It is the inability to find acceptable alternatives to these two factors that continue to make Susu the go-to savings system. Although the banks do have some unique advantages too.

With the banks, a customer does not need to belong to a community to participate in Susu since the banks basically create the connection. Also, unlike the traditional Susu where contributions and payments depend on mutual trust, the banks can guarantee every collection at due, still, Africans prefer the traditional system.

This is not because the banks are bad or their services are less better, but because humans respond to incentives. People will always go for options that guarantee better services at the least cost.

Unlike the banks that charge customers for services by deducting from their collections, the traditional Susu always pay the total due. But one cannot blame the banks for making a profit.

Maybe modernizing Susu is simply one of such ventures entrepreneurs need more experiment before finding a marketable alternative.

The External Challenge to Susu Users

Just like many traditional systems that provide alternatives for Africans, labor unions and the state limit the economic benefits in Susu.

Across the local markets,  traders are usually forced to belong to certain market associations that promise to represent their interests. In return, they must comply with some strict guidelines. Most of which are often detrimental to the competitiveness of the smaller businesses.

Also, local council administrators and other state agencies rip-off gains from traders in form of royalties. Even in some countries, taxes are charged in multiple layers.

For poor Africans who only derive a little from Susu, it is a matter of time before they lose what should be their profits to trade unions and the state. This is why the financial situation of many Susu participants take time to improve despite their sacrifices.

It is nevertheless in Africa’s best economic interest that it preserve this old and efficient financial alternative.

Ibrahim Anoba is an expert in the African political economy and Managing Editor of AfricanLiberty.org. You can follow his tweets on Africa via @Ibrahim_Anoba.

Ibrahim B. Anoba
Economics
Human Freedom Index ranks Nigeria as the 123rd worst Country on Earth
Africa Rising with Ibrahim Anoba
Unfortunately, the Worst is Yet to Come in Sudan