Finding the Otobo: An Ancient Igbo Arena for Free Discussion and Justice 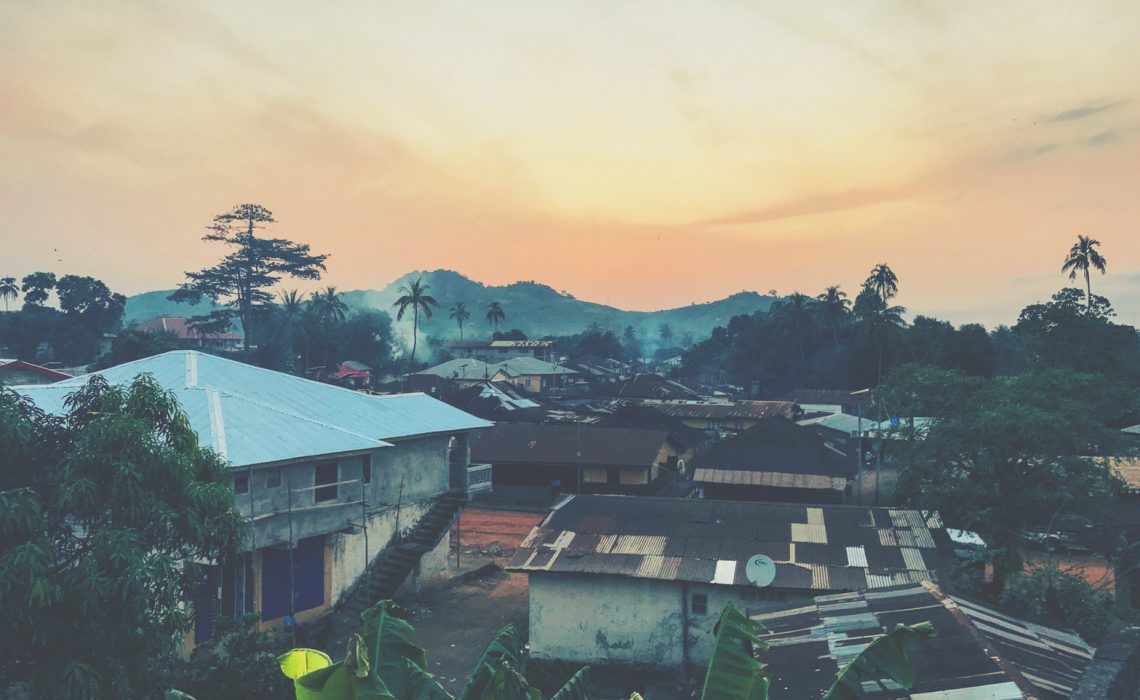 People and places are inextricably linked. Your knowledge about life and how you move through the world is based on the environment where you were raised. A good example is what we found among the Igbo, where landscape provides space to discuss and decide on the social structure and social processes.

Research has shown how this relationship between people and place creates a great sense of values and attachment. Our world is made up of places with meaning and experiences that are connected or attached to particular people.

My work builds on this understanding, and on the idea that places or landscapes tell stories: about people, how they lived in the past and how they continue to interact. My latest research, conducted with my Ph.D. supervisor, focuses on the village arena or square used by the Igbo people of southeast Nigeria.

This space has various names because of dialectical differences. The Nsukka Igbo who lives in our study region call it “Otobo”, so that is the word I will use. The Otobo is the heartbeat of a Nsukka Igbo village. It’s a place for learning; for spiritual practices; for events that bring people together.

Though the Otobo is not permanently in use, its existence and the activities held there at different times of the day, month, or year live on in villagers’ hearts. This is a perfect example of how people and places become interwoven, and how a group of people comes to value and feel attached to a particular place – even one that isn’t always in use. Similar spaces exist, but Otobo stands out because of the way it embodies every aspect of the Igbo culture.

There is a great deal to learn from such spaces about ourselves, others and ancestors. For instance, we’re able to understand how ancient people organized so much through the village arena: their politics, economy, religion, culture and social lives. In many villages, Otobo was—and often still is—the equivalent of a parliament. A village was only recognized and considered independent if it had an Otobo.

The Otobo also served as a museum; in some communities, where modern museums have not been established, it still does.

Young people from the village learn about their history and tradition there. It’s a place where communal cultural properties such as figurines, pottery, gongs (wooden and metal), textile materials, shrines, musical instrument, and many other treasures are kept. It serves a deep spiritual purpose. One person we interviewed called it:

The Otobo remains an ancient symbol of democracy; it almost certainly helped to shape Nigeria’s modern democracy in some ways. Understand its purpose, its origins and its ongoing value to communities helps us to understand more about democracy, destinies and people’s lives.

The first evidence of Igbo settlements has been traced as far back as 2555 BC. Research has suggested the Igbo language is even older; it may date back to 8000 BC. Ndi Igbo, as the Igbo people are collectively called, are largely found in southeast Nigeria.

Historically, the Igbo lived as Republicans. Villages existed independently, and the Otobo symbolized that sovereignty. Even though Igbo villages are no longer their own small republics, and fall under Nigeria’s broader political system, Nigerian laws retained the customary rights of the indigenous peoples.

We conducted our research in seven villages and found that the system of Otobo persists. The Otobo or arena was defined in various ways by those we interviewed.

Young people from the village learn about their history and tradition there. It’s a place where communal cultural properties such as figurines, pottery, gongs (wooden and metal), textile materials, shrines, musical instrument, and many other treasures are kept. It serves a deep spiritual purpose. One person we interviewed called it:

the meeting point for human and spirit, for the dead and for the living, the religious tabernacle of the people.

It’s also a space for making decisions and passing laws; what one interviewee described as “a native court”.

Those who are “Itarigba”—strictly of a people tracing descent from a known ancestor—meet at the Otobo to make laws and policies and to resolve crises. Land cases, family and inter-family conflicts, marriage problems and minor crimes can be heard there, and judgments delivered.

The Otobo is also a festive space. Feasts, performances, ceremonies, games, and sporting activities are held there, too. All of this brings people together and means that ancient practices and an ancient space remain entirely relevant today.

A place in time

All of this work fits into a large body of research into the links between human activities, physical landscapes and time. Human activities take place in a landscape within time. This can either be linear or cyclical time, or – as with the Otobo – a combination of both.

Our study found that this combination means the use of Otobo is constantly shifting between permanency and temporality. A village’s Otobo is a strong cultural landscape, but there are times when this space looks abandoned and other times when it’s in active use. Even in times of abandonment, though, the Otobo and what it stands for lives in people’s hearts.

John Kelechi Ugwuanyi is a Ph.D. Candidate at the University of York. │First appeared in The Conversation.

Opinion
Will the Nigeria Police Force Ever be Reformed?
Human Rights
How Nigerian Women are Redefining Gender Roles
Economics
Nigeria’s decision to Hike Interest Rates will not Reduce Inflation