Everything Wrong about the Internet Shutdown in Zimbabwe 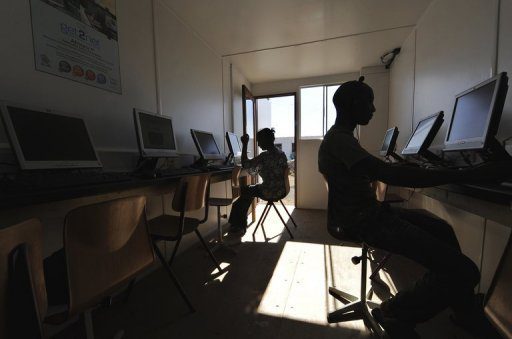 The Zimbabwean government and its apparatus—or whatever is left of it—is only preoccupied with criminally devious intent. It is consumed in fascist and arbitrary tendencies influenced by some neo-machiavellian thinking.

Myself, like other millions of social network users in Zimbabwe, received a distressing message from an internet service provider, ECONET, on Wednesday, 16 January 2019. The message reads:

Further to a warrant issued by the Minister of State in the President’s office for National Security through the Director General of the President’s Department acting in terms of the Interception of Communications Act, Internet Services are currently suspended across all networks and Internet Service Providers. We are obliged to act when directed to do so and the matter is beyond our control. All inconvenience is sincerely regretted.

Although I was not surprised by this message, I was still quite shocked. Two questions immediately came to my mind. First, who in the President’s Office dare, by a stroke of the pen, decide how I use the internet? Second, at a time when every other country is doing all things possible to maximize the benefits in modern technology, what kind of government will shut the internet for no reason?

A Necessary Battle for Masiyiwa?

By the way, ECONET is a privately owned telecommunications company whose majority shareholder, Strive Masiyiwa is in self-imposed exile. So, how does a private company submit to authoritarian bullying in a constitutional democracy?

Then again, I realized that Masiyiwa and his wife, Tsitsi, are embroiled in a cyber war with Zimbabweans after former ZANU-PF (the ruling party) Information Minister, Jonathan Moyo—also in exile—disclosed that Masiyiwa had unlawful relations with Emmerson Mnangagwa and the party.

Masiyiwa enjoys an iconic status not just as a successful businessman, but also because of his support for the struggle towards democracy. If he really wanted, he could have basically not care about these detractors.

But since millions of ECONET customers have a contractual relationship with that company to protect our communications interest, one expect Masiyiwa to defy any statutory order that violates the constitutional right to information.

Interestingly in the 1990s, Masiyiwa made history by successfully taking on former Zimbabwean dictator, Robert Mugabe, whose government had refused to issue him a cellphone operator’s license.

The constitution gives citizens the “freedom to seek, receive and communicate ideas and other information,” including the use of platforms like Facebook and WhatsApp.

How is it possible that the same strong-minded Masiyiwa cannot defend the constitution with the zeal he had back then? It is nothing but surprising.

I am not a lawyer, but I damn well know my rights.

Chapter 4 of the Zimbabwean Constitution provided for the access to information as a fundamental right.

Lawyers have already explained why this move is unconstitutional. The social media, like any other media channel, is an integral aspect of modern democracy protected by law.

The constitution gives citizens the “freedom to seek, receive and communicate ideas and other information,” including the use of platforms like Facebook and WhatsApp.

I believe that the ZANU-PF will argue vehemently that #ShutDownZimbabwe degenerated into violence and the minister shut down the internet in the interests of national security—actually, the ZANU-PF did choreograph the violence to achieve its selfish interests.

The Interception of Communications Act says nothing about blocking media. Even though, our constitution makes it clear that where there is a ‘restriction’ or an ‘interception,’ it must be fair, reasonable, necessary and justifiable. Not in this case.

The Presidency must Understand its Role

The so-called ‘legal experts’ in the ruling ZANU-PF insists that shutting down the internet is “necessary in the interests of defense, public safety, public order, public morality, public health, regional or town planning or the general public interest.”

However, it is likely that the constitution is replete with self-contradictions as in the land expropriation clauses. Yet, the fundamental truth is that the presidency is not the parliament and as such, cannot change laws for political purposes.

It is unconstitutional to take such measures without parliamentary approval, or,  by first declaring a state of emergency. The ZANU-PF has succeeded in capturing all institutions created to safeguard our freedoms.

Among them is the Zimbabwe Media Commission, which has been enthusiastic in ensuring that the ZANU-PF entrenches its selfish agenda.

If Zimbabwe has independent radio and television stations, we could have managed to expose this conspiracy. The rule of law is necessary. The same goes with the respect for property rights.

Mnangagwa and the ZANU-PF are only being Selfish

The precision and intensity of looting in Zimbabwe have the footprints of the ZANU-PF. It could not have been spontaneous.

It is an act of desperate idiocy to use poor Zimbabweans to achieve selfish political interests.

If Mnangagwa’s government seriously believe that social media is so influential, why has it not used it to communicate messages of peace instead? Did Mnangagwa not use the same social media to solicit votes in July of 2018?

President Mnangagwa has continued to exhibit signs of gross naivety. His absence and widespread anger about price fluctuations and low salaries mean that the national crisis remains largely unresolved.

It might even end in more confrontations between the people and his government. He knows the opposition parties were not involved in organizing the national shutdown.

Instead of pushing our country to the cliff, Mnangagwa must restore freedoms and allow opposition leader Nelson Chamisa to help restore national dignity.

Rejoice Ngwenya is a Zimbabwean freelance consultant for the Friedrich Naumann Foundation and the Konrad Adenauer Foundation. He is the Director of Coalition for Market and Liberal Solutions—a free market think tank based in Zimbabwe that focuses on property rights advocacy.