Life is Getting Strenuous for Teenage Girls in Kenya. Who’s to Blame? 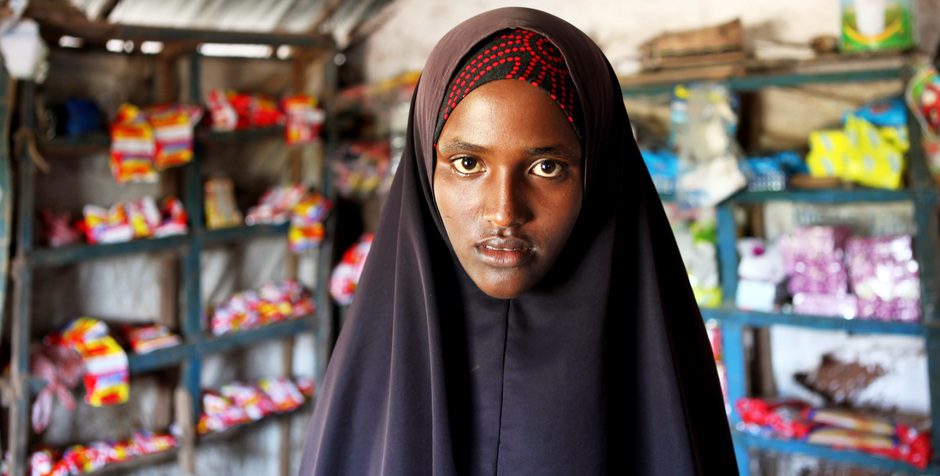 Teen pregnancies are a pervasive phenomenon in Kenya. Based on the most recent national figures, one in five girls in Kenya between 15 and 19 years has begun childbearing, and half of these pregnancies are unwanted.

Media attention focuses on the consequences of unplanned teenage pregnancy, such as school dropouts or unsafe abortions. Indeed, these are important parts of the problem that often generate repercussions into adulthood. But look a bit deeper and additional problems emerge.

Teen mothers frequently suffer in silence from social stigma, facing rejection from their families and communities. The feeling of not fitting in among friends forces many to opt out of school even though they are legally entitled to remain.

This constant rejection may lead to a vicious cycle of mental stress, depression and suicidal thoughts. This impact can be worse in the urban slums where girls are also exposed to abject poverty.

We started the Sasa Mama Teen Project in 2018 with the aim of understanding the daily experiences of teenage mothers in Kenya. We wanted to know what they go through, their fears as well as hopes for the future, and what can be done to ensure that they remain strong and determined during pregnancy.

The girls we worked with expressed overwhelming feelings of stigma, fear, shame, pity, confusion and rejection from the parents and community members. As one teenage girl from Korogocho, a slum northeast of Nairobi put it:

I never told my mother about the pregnancy, but when she learnt about it from people, she insulted me, telling me to go away from her house. I never went anywhere and ignored her insults until I was used to them. I dropped out of school after getting pregnant. I was in secondary school form 3. Some gossiped and laughed at me, but some advised me.

Another teenager from Kawangware, a bustling settlement southwest of Nairobi said:

When I discovered I was pregnant, I felt stupid at first. No one wanted to be associated with me, so I used to lock myself in the house. When I get stressed I walk together with my baby to somewhere cool then come back in the evening…

The project, currently being piloted with 150 teenage mothers in four Nairobi informal settlements, has three phases. The first phase, conducted between August and November 2018, consisted of facilitated meetings with the teenage mothers to create an inventory of different types and sources of stress in their daily lives. We used participatory methodologies such as PhotoVoice to collect information. PhotoVoice is particularly attractive among adolescents as it allows them to express problems and challenges in their lives through photos taken themselves.

The second phase of the project which started this January is dedicated to developing solutions to shield teenage mothers against the risk of mental stress during pregnancy and early motherhood. We are developing a structured youth-friendly toolkit containing health information and activities for problem-solving, stress management and confidence building.

We will validate how useful and effective the tool kit in the last phase of the project with a field experiment via girls’ chats in safe spaces at community-level and peer-group support discussions on WhatsApp.

Mental health is not a part of routine care in the health facilities of Nairobi’s informal settlements. Health workers often lack the resources to manage patients holistically—they lack even the basic equipment to provide quality maternal and child health information and services. In the facilities, perinatal mental health is usually not prioritized due to other competing health challenges that require urgent attention.

This means that the mental health and well-being of teenage mothers living in informal settlements is constantly under threat. The tool kit developed through the Sasa Mama Teen project would be a potential aid for mental health promotion at the community level. Plans are underway to test the tool kit on a larger scale in the country in the coming year.

We also plan to engage policymakers and various stakeholders at local and national levels on options to address the current mental health needs of teenage mothers.