Is the 2019 Rugby World Cup the Latest ‘No Free Lunch’ Example?

“You might forget the rugby, but never forget TANSTAAFL,” Leon Louw, Executive Director of the Free Market Foundation (FMF), reminded South Africans. “There Ain’t No Such Thing As A Free Lunch!”

The start of the 2019 Rugby World Cup (RWC) on Friday 20 September is a timely reminder of this iron law of economics. Lunches, or, in this case, free-to-air (FTA) games, or, for that matter, other goods and services, are never free. FTA is a misnomer. Someone pays. The question is who?

“Someone always pays for all goods and services,” said Louw. “If the government subsidizes SABC FTA broadcasts or provides bailouts, it is actually the poor who pay – a government subsidy is always money diverted primarily from healthcare, housing, policing, education and essential services,” said Louw commenting on the sports rights debate regarding the Premier Soccer League (PSL), Cricket World Cup (CWC), and now RWC.

Louw lamented that “The broadcast regulator, ICASA, wants to force people who pay and don’t watch, to subsidize people who watch and don’t pay.” He added that “to the extent that broadcasters may be forced to use advertising revenue for FTA sport, consumers, most of whom are poor, will be forced to subsidize whatever minority happens to watch a specified game. And we should never forget that, at best, only marginal viewers – those who do not yet watch and would start watching – could benefit. The majority of viewers either have Pay TV or watch in homes, clubs and sports bars that have it.”

After reviewing the market, current regulations, proposed amendments, and international practice, with a view to preventing heavy-handed regulation with perverse unintended consequences, it became clear that mandatory “free” viewing would serve the interests of neither viewers nor sport.

Regulator ICASA wants extreme control derived from faulty presumptions: that there is monopoly power (market dominance and insufficient competition), and that it deprives fans of FTA viewing. In 2016, ICASA launched a “market inquiry” and, in 2018, proposed stifling law and policy changes to sports rights. 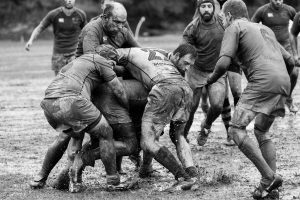 “Because ICASA wallows in TANSTAAFL denialism, it wants to force broadcasters to provide ‘free’ premium content,” said Louw. “In other words, ICASA wants to impose FTA costs on innocent victims.”

Previously, SABC acquired rights for major events from Multichoice, which, in turn, bought rights from sports bodies. Now that the SABC is broke, having squandered license fees and bailouts on corrupt mismanagement, it wants Multichoice subscribers to provide “free” or “commercially viable” content.

ICASA’s draft – or should we say daft – proposals are misinformed and naïve. They would, in any event, according to Senior Council evidence, be beyond ICASA’s powers, unconstitutional, and violate the Rule of Law. “They are,” according to Louw, “like King Canute trying to turn back the tide. They presume ICASA authority in foreign sports federations, ignore international practice, and violate accepted commercial practice.”

ICASA’s proposals go beyond sport. It wants to control the sale of Hollywood movies.

“Far from ICASA having solutions, it’s a major cause of real and imagined problems. Its failure to release superfluous spectrum – airwaves used for broadcasting – needlessly inflates data and TV prices.”

“What the government can and should do to lower Pay TV prices for the poor,” concludes Louw, “is the same way that makes groceries affordable – the opposite of what ICASA proposes. It is to remove ICASA’s licensing barriers to entry and competition, release spectrum, and discontinue TANSTAAFL denialism.”