Has China Been Caught in Its Own Debt Trap in Africa?

China’s massive political capital in Africa is indisputable. The continent is heavily dependent on the East Asian country significantly since the turn of the 21st century. The Chinese, who prides in having the world’s second-largest economy, are showering numerous Sub-Saharan African countries with loans and investments on the promise of development. Prominent them is the Belt and Road Initiative (BRI), which is one of  President Xi Jinping’s ambitious foreign policy initiatives. With its inclusion, the continent hopes to give inland states easier commercial access to Asian markets. Although the BRI is one of the reasons why the global debt is now over three times the size of the world’s economic output. 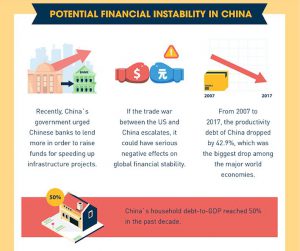 Fortunly argues that many of its beneficiary countries had to rely on external sources to raise capital and lay the groundwork for development while stimulating economic growth at home.

The problem, however, is that China has allowed several BRI participants to bite off more than they could chew. In 2017, Beijing shocked the world after it took over a Chinese-funded Hambantota port following Sri Lanka’s defaulted on its loan. The seizure sent chills down the spine of other debtors, especially those across the Indian Ocean.

As such, the thought of giving up a strategic asset to cover an unpaid Chinese debt has caused great concern throughout Africa. Economic observers believe that many major Sub-Saharan nations owe China more money than what is known to the public. But irrespective of debt size, the poor economic outlook of these countries suggests that they might not be able to sustain repayment in the future and could possibly suffer the same fate as Sri Lanka.

No one could argue that there is no precedent for Chinese encroachment in Africa.

It is significant to mention that China did receive worldwide backlash against its Hambantota port takeover. The incident validated what Western critics were saying about Beijing’s ulterior motives in their act of extending credit to developing nations.

Its financing flops are starting to hurt. 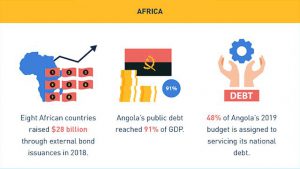 Recently, Chinese-funded insurer Sinosure suffered more than $1 billion in losses on an Ethiopian-Djibouti railway venture. In May, China declined to fund the penultimate section of Kenya’s own railway project. Kenyan President Uhuru Kenyatta managed to secure relatively minor deals during his visit to Beijing, but the Chinese government was unexpectedly more cautious.

President Kenyatta was questioned about the corruption in his government and about his future political plans, for he pledged to give way and support Deputy President William Ruto in 2022.

Nonetheless, China’s backpedaling could be a sign of its strategy recalibration in Africa. The Asian superpower considers the continent a precious partner to accelerate the growth of its influence across the globe. Belatedly, China is rethinking its lending practices to quiet the “debt trap” narrative and fix the political damage it absorbed before it becomes beyond repair.

Tamara Backovic is a Content Specialist at the financial analysis and repository platform, Fortunly.com.