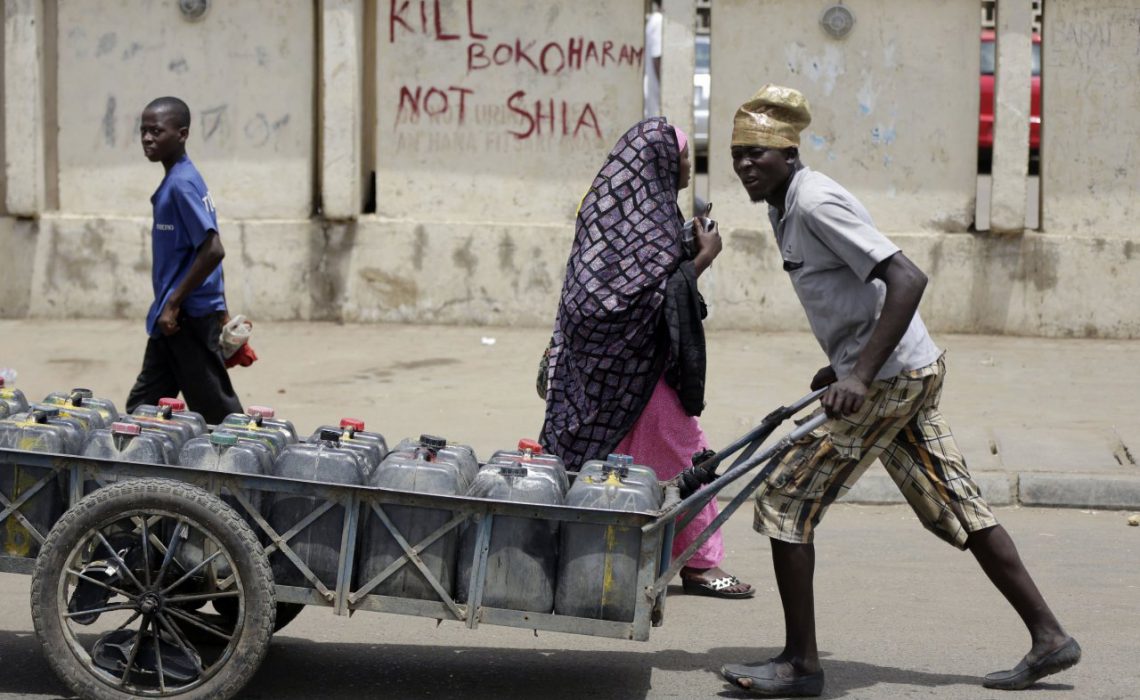 Nigeria, a country of over 208 million people, is made up of more than 250 ethnic groups. Its history is littered with ethnic rivalry and competition.

Throughout history, preference and preservation of one’s kin or kind has been evident. The sense of ‘weness’ and ‘theyness’ has been behind devastating wars and conflicts. These conflicts have different names, including racism, xenophobia, nationalism or ethnocentrism.

Nigeria has experienced such conflicts in the past and still does. But different terms are used to describe the violence. Sometimes it is called prejudice or discrimination or sometimes ethnocentrism or hegemony.

Due to my interest in the dynamics of intergroup relations in Nigeria, I went about exploring the meaning of ‘xenophobia’. It’s a journey that led to an article on the subject. And the understanding that xenophobia is not simply the fear expressed against people of a different national identity. Rather, it is the fear and hostility expressed against anyone perceived as a stranger, based on personal meaningful considerations.

My coauthor Sulaiman Olanrewaju Adebayo and I started by interrogating the concept of xenophobia. How has it been used in world history? What specific occurrence has earned the term as a descriptor? We analysed conflict in Nigeria, breaking it down along ethnic, religious and political party conflicts. We approached each with a different lens, using the context of a “xenophobic occurrence.”

In psychology, understanding human behaviour requires measurement. I was motivated to search for a special research tool to accurately measure xenophobia in Nigeria and possibly other African countries.

We needed a measure of xenophobia that emphasised attitudes towards people of the same nationality. The measures of xenophobia we came across largely focused on attitudes towards immigrants and foreign nationals. Also, they did not capture xenophobia in the way in which it cuts across different discriminatory bases of ethnic grouping, religion, and other cultural elements in Nigeria.

This gap set my colleague and I on a path of developing a scale to measure xenophobia. This led to the study.

We consulted existing scales on xenophobia around the world for ideas. We then generated items for the scale based on our conceptualisation of the variable of xenophobia in Nigeria.

This lead us to designing a new, more inclusive xenophobia scale that introduced a number of new elements. We captured fear, intolerance and perceived threat of other ethnic groups, religions, political parties and regions in the country.

We embarked on a pilot study to test the validity and reliability of this scale. From there a larger study was conducted and the scale items subjected to rigorous statistical analyses before we arrived at the final items for the scale.

Nigeria is a multi-ethnic group country with many unique features. The country is not only divided along ethnic lines. The division also runs along religious lines, political party affiliations, regional groupings, statehood, and more.

All these divides are linked, such that a conflict over one issue can contain elements of others. For example, people of a particular ethnic group are predominantly associated with a type of religion. So, a conflict between two ethnic groups with largely different faiths may equally be framed and understood as a religious conflict.

These social groupings are the basis for discrimination and hostility in social interaction. People of all ethnic groups, religions, political parties and geographical regions fear domination and oppression from each other. In Nigeria, competition for resources has been a big driver for conflicts along multiple groups.

National identity might bind Nigerians together, but ethnic identity has a stronger hold on the people. People generally identify along their ethnic lines, before alluding to statehood. This means that xenophobia in the country is expressed as fear of ethnic, religious, geographical and political party domination.

The scale we developed can help more people measure and understand xenophobia in Nigeria, as well as in other countries.

The xenophobia scale has two dimensions that can be used exclusive of each other if a researcher so chooses. A researcher interested only in the ingroup-centredness or ingroup-exclusivity aspect of xenophobia may choose to go with only one of the dimensions.

Understanding what drives conflict, and tension, is the starting point for developing paths to peace.

Tosin Olonisakin is a Social Psychologist at the Ekiti State University.

Economics
Nigeria’s decision to Hike Interest Rates will not Reduce Inflation
Opinion
Is the Ugandan Government Outsourcing the use of Violence to Preserve Power?
Opinion
Why Nigeria still Suffer Food Insecurity despite State Interventions