Xenophobia: We Are The Individualists – Martin van Staden

This post is part of the series Xenophobia in South Africa

The last few weeks have seen the second significant wave of xenophobic attacks by citizens on foreign nationals, some legally and some illegally, living in South Africa. Xenophobia has been an issue in South African society before and after our democratization in 1994, with foreigners having been assaulted variously in 1996 and 1998, when three individuals were thrown off a train by persons returning from a rally organized by the ‘Unemployed Masses of South Africa’ group, which sought to place much of the blame for the country’s vast socioeconomic issues on foreigners. 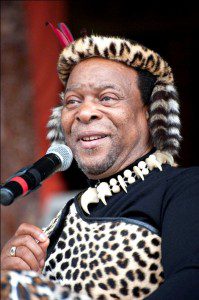 The 2008 xenophobic riots left 62 people dead, 21 of which were citizens. Joblessness among citizens was said to be the chief cause of the attacks. Now, in April 2015, we are seeing the same pattern. The King of the Zulus, Zwelithini, is said to have started the current wave of violence by remarking to a crowd of his supporters that foreigners must pack up and leave the country. According to a BBC report dated 19 April; six individuals have already been killed. Thousands, many of whom are refugees, have had to move into camps for their own safety. Foreign governments have expressed serious intentions to start repatriating their citizens from South Africa.

Unfortunately, it is ironic that many of them have had to flee their own violent circumstances abroad, and met largely the same treatment by South Africans. Many from our northern neighboring Zimbabwe fled to South Africa specifically for economic reasons. The Zimbabwean economy has been in shatters since the early 2000s when the State launched a massive land grabbing program aimed at the largely successful commercial farming sector. Hyperinflation since 2003 caused the country to abandon its own currency, and it now uses the U.S. dollar and S.A. rand. Indeed, one of the Zimbabwean government’s “solutions” to their massive economic crisis was in 2007 to introduce a law which forced all white business owners to hand 51% of their ownership over to “native” black Zimbabweans.

Thousands of Zimbabweans now have to face this reality again as they flee for their lives from the relatively free economy of South Africa. This is a fact of life for many legal and illegal immigrants who find themselves in this country. They did not come here for the sunny beaches, beautiful vistas or culture, but came here because, despite the South African government’s increasingly interventionist role in the economy, our market remains free-ish and filled with opportunity. The self-interested opportunism of immigrants is cited as one of the main contributing factors to the violence. “They are stealing our jobs” is a common thing to hear from those protesting for foreigners to leave. It is further common to hear that local business owners are able to pay especially illegal foreign immigrants less and therefore employ them more readily over citizens, who enjoy S.A. labor law protection and trade union representation. In a recent column by Brade Cibane titled “Xenophobia: Poor South Africans Have a Point”, he wrote “undocumented [illegal] immigrants flock into the informal economy, irrespective of their level of skill. Further, because of their “undocumented” status, they do not enjoy collective bargaining rights and they do not benefit from welfare programs.” 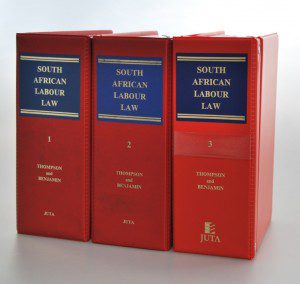 Cibane uses the column to highlight the idea that foreign nationals (focusing on illegal immigrants) are flooding the informal economy (e.g. selling food at traffic intersections or “guarding” parked cars) to the exclusion of locals. While he does not suggest mass deportations nor support the senseless violence on foreigners, he does suggest the government take a more interventionist role in the economy to extend labor law protection to these individuals and allowing them the benefit of collective bargaining processes and trade unions. He even suggests “the government must expand state capitalism through infrastructure projects and other forms of public spending. We cannot rely on market-driven growth. It is taking too long.”

Finally, Cibane concludes that South Africa must work with other African nations to improve democracy and governance, as to not force their own citizens to flee to countries like South Africa. His final words are that “even a prosperous South Africa cannot accommodate the whole African continent.”

I believe Cibane has made grave errors in his reasoning and I believe the South African civil society at large has also conveniently misidentified the problem, or merely artificially delved into the source of the problem. Unemployment, inequality and poverty are the conclusions of where the problem is emanating from. Allow me to identify the real source of the xenophobic violence: collectivism and entitlement. These are both encouraged by the State (which we know is the source of nearly all contemporary issues facing individuals in the socioeconomic world).

Indeed, both the African National Congress (ANC), our ruling party, and the Democratic Alliance (DA), the main opposition party, campaigned early last year before the March 2014 general elections, that either will “create” the most jobs. The South African political dynamic suffers from the same misconception that is found elsewhere in that the government believes it creates jobs, and that if unemployment lowers, the current incumbent is congratulated. When the fact that the market is the only job creator is emphasized, statists would attempt to rectify their point and say that the State is responsible for “creating an environment” where the market can create jobs. The recognition of property rights is perhaps the only good thing that the State can do in creating this environment, but we all know that this is never where it stops. Democracy unfortunately makes sure of that. Politicians have an interest in selling lies to the masses in effort to secure their own power. Looking at this from a utilitarian perspective, the only effective job creator is a free, relatively unregulated market. South African labor law and regulation is largely to blame for the tragically low levels of economic growth and employment in this country.

entitlement mentality. You, as a South African, are not entitled to a job. You are not entitled to a “minimum” or “living” wage. You are not entitled to be heard by your employers. You are born as an individual with certain inalienable rights which accrue to you, that to your person and to your justly acquired property. Neither of those includes employment. It is up to you to make yourself employable and sell your labor. And even if life throws you a lot of unfair hurdles, you remain entitled to exactly nothing. The employer, as the just owner of his wealth, may employ foreigners if he so wishes. It is only because you are covered by the State’s excessive labor law that he prefers not to hire you. The State has sprayed you with employment-repellant. Your quarrel does not lay with foreigners who do not have this awful “protection”; but with the State and its intervention in the default freedom of the economy.

The longer term solution is the destruction of collectivism. Collectivism in this case is where foreigners, legal and illegal, are having their skill, merit, diligence, circumstances and experience disregarded. The only thing that matters in the collectivist mindset is whatever characteristic has been conveniently chosen: the fact that they are not South African citizens (or perhaps they are? They simply don’t look or sound South African). What South Africa lacks is a fundamental culture of individuality. This is not only true in our conduct toward foreigners but in our conduct toward each other. We cannot do this if we do not start accepting responsibility on an individual basis and rejecting the idea that the force of the State can be utilized to implement our subjective opinions and desires.

It may have been more fitting to title this article “where are the individualists?”, but I preferred to use it to send a message: we are the Individualists. The South African student movement for liberty is at least 200% larger than it was less than a year ago, with two African Students For Liberty branches having been established in the past month alone at the University of Cape Town and the University of Pretoria respectively. The global libertarian and individualist movement is also, on the back of globalization, riding closer to our borders, with a new ASFL branch in Zambia and our very first regional conference in Malawi. Collectivism has had its time throughout the world, and has had an uninterrupted stay in Africa. Its demise is inevitable. How soon this happens is however up to us.

This piece was initially published on the Students for Liberty website. Re-published here with permission