Revealed: How Djibouti filled in the gap left by Eritrea in arms trafficking 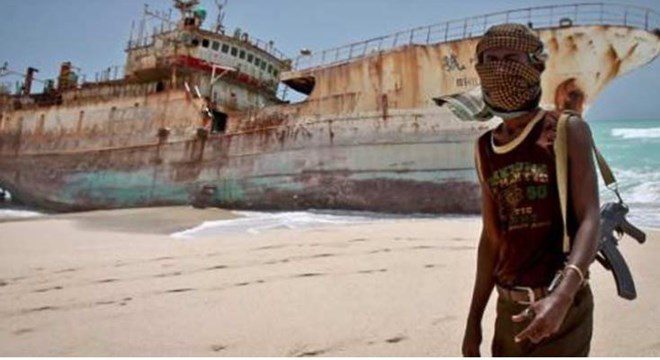 The rapprochement between Ethiopia and Eritrea has repercussions that go beyond diplomacy on the Horn of Africa. A recent investigation shows that while Eritrea is no longer isolated, Djibouti is emerging as the new regional arms trafficking hub.

The small strategically located state acts as a transit location for weapons trafficking between Yemen and northern Somalia through the AMISOM mission among others actors in the trade.

The findings are the result of an investigation carried out by EXX Africa (specialist intelligence company that delivers forecasts on African political and economic risk to businesses) in illegal weapons trade on the Horn of Africa.

In its research, the results of which are contained in the report titled The Arms Trade In The Horn Of Africa (The report has been partially published on EXX Africa website behind a paywall and is available upon request) the United Kingdom-based company states that many Djibouti-based companies engaged in the country’s thriving marine sector have been implicated in the illegal weapons trade.

Djibouti is one of the world’s fastest growing economies and opens onto one of the world’s busiest shipping lanes. It is strategically located on the Horn of Africa with access to both the Red Sea and the Indian Ocean. Djibouti is only 32 kilometers away from Yemen and shares borders with Ethiopia, Eritrea, Somaliland and Somalia.

The country also hosts a number of foreign military bases – France has its largest African military base there, the United States military base there caters for some 4,000 troops and can act as a launch pad for operations in Yemen and Somalia, while Japan, Italy, Germany and China also have a military presence in Djibouti.

According to EXX Africa‘s executive director, Robert Besseling, most of the weapons appear to be coming from Houthi controlled territory in Yemen – the Khokha district of Hodeidah province – shipped in the direction of Djiboutian ports from where they are passed to armed groups in northern Somalia supported by the government in Djibouti.

Besseling added that his team uncovered evidence of some of these weapons reaching armed groups in Sudan, South Sudan and Ethiopia. However, he said he has no evidence that Djibouti is directly arming the Al-Shabab terrorist organisation.

The investigation also shows that the African Union Mission in Somalia (AMISOM) is involved in supplying illegal weapons to armed groups in northern Somalia.

“The Djibouti contingent deployed to AMISOM which is allowed to take weapons to Somalia, under very strict arms embargo, has been shipping some of those weapons to armed groups previously and still currently supported by Djibouti’s government,” Besseling says.

Djibouti fills in the gap left by Eritrea

The rapprochement between Eritrea and Ethiopia and the Eritrean peace overtures towards foreign countries (diplomatic ties restored with Somalia and Djibouti) is not only reshaping the region’s geo-politics, but is also likely to shift the dynamics of arms trafficking in the region.

During its years of isolation, Eritrea turned to illicit arms trafficking that “facilitat[ed] shipments of weapons to embargoed destinations like Sudan, South Sudan and Somalia,” the report reads.

The EXX report states that senior Djiboutian military officials, government officials and heads of state-owned enterprises have ties with companies involved in the funding and facilitation of arms trafficking into the Horn of Africa.

He added: “Based on that evidence, it would seem very conceivable that the Djiboutian government is aware of its position in arms trafficking and that it is, indeed, actively encouraging it.”

The foreign military powers in Djibouti do not appear to be concerned with the arms trafficking happening under their nose.

“It would not be in these countries’ interests to reprimand Djibouti or to impose punitive sanctions given that many of these countries are UN Security Council members (NB: France, USA, China). They would be fearful of losing their leases over their military bases in Djibouti,” says Besseling.

This explains why there has been no concerted action by the United Nations or by these Western and Asian governments to try and curtail the arms trade in the country.

Besseling warns about the risks of a blowback due to this absence of action to address the illegal weapons trade in Djibouti. He says that armed criminal activity is on the rise, fuelled by a proliferation of small arms in the country. Furthermore, there is the added risk of armed local insurgency because of clan divisions and political repression.

And the terrorism threat remains; it already happened in May 2014 and the presence of thousands of Westerners still makes Djibouti a target for terrorist attacks.

The government of Djibouti yesterday denied accusations of its alleged involvement in the funding and facilitation of arms trafficking in the Horn of Africa.

Foreign Ministry of Djibouti said in a communiqué that all those allegations are groundless and lack concrete and credible evidence, and repeated its commitment to defend stability and peace in the region.

Opinion
South Africa: Don’t Ban Tech, It is Key to Peace
Opinion
How this Murder Reflects the Reality of South Africa’s Sex Workers
Opinion
A Polished Agenda for Africa at COP27