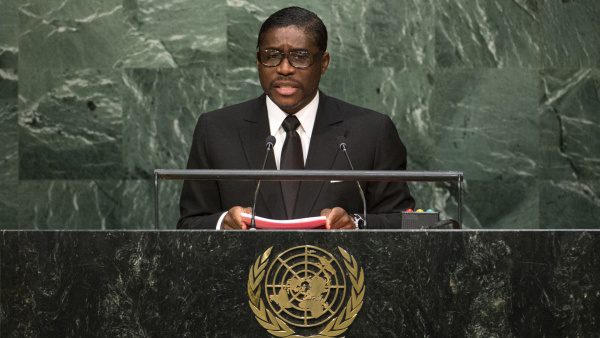 Son of Equatorial Guinea’s president, Teodorin Nguema Obiang, who doubles as the country’s Vice President, has been seized with $16 million in cash and luxury watches at the Brazilian airport.

The questionable items were seized from Obiang by Brazilian customs officers, who him stripped down and uncovered the items.

The 49-year-old Obiang arrived in Brazil late Friday night, last week, on a non-official mission. He was accompanied by 11 other people, none of whom had diplomatic immunity.

According to O Estado de São Paulo, a Brazilian newspaper, Brazilian police found $1.5 million in cash in one bag and diamond watches worth an estimated $15m in another bag. Obiang’s luggage was flagged, because Brazil only requires travellers to enter the country with no more than $2,400 in cash. 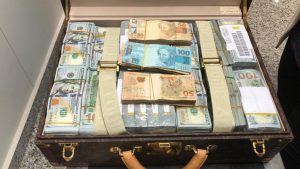 It was learnt that the Brazilian Foreign Ministry was in consultation with police and customs over the issue to determine what measures to be taken against the African leader for flouting Brazilian money laundering laws.

There has been no official word from the Equatorial Guinea embassy in Brazil over the matter, although a diplomat was quoted saying that the money was to fund a medical procedure which the younger Obiang was to undergo. The luxury watches, according to the diplomat, was for the president’s son’s personal use as they were engraved with his initials.

The controversial son of Equatorial Guinea’s strong man has earned reputation for a love of all things luxe.

Obiang has come under constant criticism for his lavish lifestyle at the expense of Equatorial Guineans. He has also been the subject of many money laundering and corruption charges in many countries. 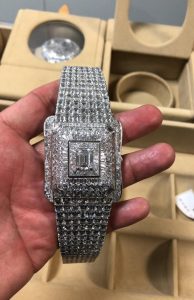 In 2017, he was accused of money laundering and was handed a three-year suspended sentence in France. The court also ordered the seizure of his assets in France, estimated to be worth $116 million at the time.

In 2014, a petition requesting the confiscation of Obiang’s $70 million worth of assets in the United States (U.S.) was dismissed but Obiang agreed to forfeit some funds and assets, including a fancy Malibu home, a Ferrari, and portions of his Michael Jackson’s memorabilia collection.

In 2016, the government of Switzerland seized a number of Obiang’s luxurious vehicles and a yacht estimated to be worth $100 million.

Equatorial Guinea, an oil-producing West African country, is one of the countries on the continent where a large population of citizens live below poverty line.

The country is one of Africa’s poorest nations and has Africa’s longest-serving president, Mr Teodoro Obiang Nguema Mbasogo – a 76-year-old leader, who is estimated to be worth $200 million.