Now is time to tell the truth about Africa-China relations 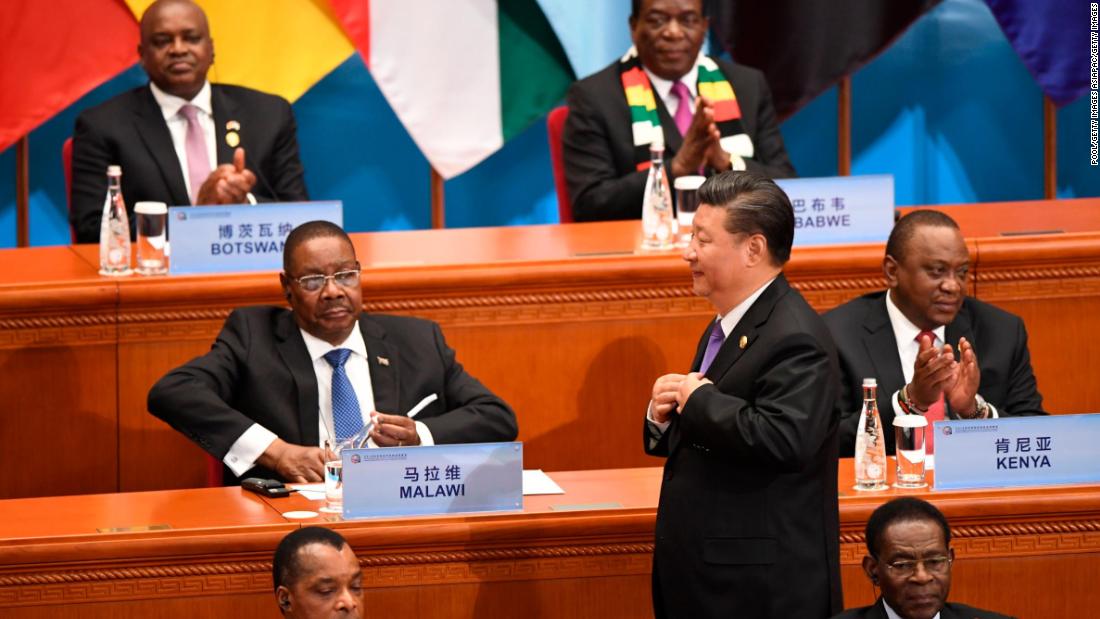 In the aftermath of the Forum on China Africa Cooperation (FOCAC), we must resist the slightest extension of what is true and fake. We must resist the temptation to be swept by a social media frenzy fed on ignorance.

A lot of blatant lies have been peddled about China being the new colonial power in Africa.

The taunts have gone into overdrive even coining phrases such as “debt trap diplomacy” to describe China’s relations with Africa. You hear a supposedly learned MDC legislator like Charlton Hwende saying the “Chinese are the new colonisers and must not be embraced, but fought.” Really?

Others have advanced social media monkeyshines that obfuscate the ability to discern reality from bluster.

I think now is the time to resist the temptation of being intellectual zombies and go deeper in unravelling the crux of the Africa-China relations.

We need to unravel why the West, particularly the United States, is piqued by China’s blossoming relations with Africa.

Now is the time to refuse the blurring of memory and dig deeper into the core of China-Africa relations and why America’s foreign policy towards Africa is somewhat maladjusted.

Now is surely the time to counter lies with facts unflaggingly and pronounce the greater truths of Africa’s yearning for equal humanity and decency.

Every valuable ideal should be restated, every observable argument made, because a horrible idea left unchallenged will eventually be accepted as normal.

China is not irreproachable, but much of what people are fed with is nothing, but hoopla. Here is why.

It is a lie that Zambia’s power utility, Zesco as well as the country’s airport were taken over by China because the country defaulted on loans. The truth is in the case of the airport, the construction is ongoing, which makes it improbable for any defaulting so early in the project. And yet stories were written about all this without the slightest verification.

Now is the time to debunk the myth that Africa is colonised by China as if there is a better coloniser out there. This myth also ignores the agency of our own African leaders in negotiating deals that benefit the continent best. We create the impression that Africa is cursed in not having a leadership capable of negotiating in our best interest.

Chinaphobia would have us believe that Chinese loans are dominating Africa. This is a lie. Simple research reveals that China’s $115 billion to Africa between 2000 and 2016 is still less than two percent of the total $6,9 trillion of low and middle income countries’ debt stock. China is thus not the biggest driver of debt grief in Africa.

Now is the time to debunk the myth that Chinese loans are leading us to a labyrinth which will force us to forfeit its mineral resources.

A 2016 report written and researched by Mark Curtis titled “The New Colonialism: Britain’s Scramble for Africa’s Energy and Mineral Resources” reveals the extent to which British companies now control Africa’s key mineral resources, notably gold, platinum, diamonds, copper, oil, gas and coal. It documents how 101 companies listed on the London Stock Exchange (LSE) — most of them British — have mining operations in 37 sub-Saharan African countries and collectively control over $1 trillion worth of Africa’s most valuable resources.

Britain’s firms hold mineral licences across 37 African countries covering a massive 1,03 million square kilometres. This is four times the size of the UK and nearly one-twentieth of sub-Saharan Africa’s total land area. These are the facts that one cannot get from social media titbits. The criticism about Chinese loans deliberately ignores decades of damage done by IMF and the World Bank loans across Africa and the rest of the developing world.

Now is the time to tell the truth about the allure of Chinese money. United States has about $1,8 trillion of Chinese money. What all this shows is that much of the Sinophobia is driven by ignorance. Ignorance of the fact that IMF and World Bank loans come with austerity obligations which in many instances have left African countries poorer and yet we can’t say the same about Chinese loans.

The truth is that Chinese loans are not inherently good or bad. It all depends on what we choose to make of them. What is clear is that unlike the Americans, Chinese foreign policy towards Africa seeks multi-polarity and not dominance or just conditional aid.

In their book, “International Politics: Enduring Concepts and Contemporary Issues,” Robert J. Art and Robert Jervis argue that third world states want both wealth and power and seek to use international for and organisations to advance their interests in ways that are viewed as antagonistic by most industrialised nations. Krasner puts in perspective the inherent conflictual nature of relations between the US and Africa, with the former perpetually seeking to entrench its hegemonic influence while the latter is highly suspicious of Washington’s “philanthropic” overtures couched with a myriad obligations.

The truth is that Africa-US relations are marked by clear difference in value system born out of varying historical perspectives and how the two situate themselves in the global scheme of things.

One would have expected that in the post-colonial, post-Cold War and post-communist containment period, relations between Africa and the United States must surely be informed by the need to establish a new international economic order based on mutual respect and the sanctity of sovereignty.

Sadly, US foreign policy towards Africa has failed to evolve from being omniscient to humanistic. It has failed to move away from its fixation on blackmailing and blacklisting “deviant” states through imposition of sanctions and even waging wars. Zimbabwe and Iran are typical examples that have been at the mercy of the “Big Brother”.

It is surprising that even with the full knowledge of its lopsided foreign policy, especially when juxtaposed with China’s multi-polarity and non-interventionist approach, the US continues with its impetuous intrusive and fatally destabilising attitude.

In contrast, China has succeeded in creating a mutually beneficial economic platform far different from America’s conditional aid. Before its emergence as a serious global power, the period succeeding the Cold War was characterised by Britain, France and United States as major powers with significant interest and influence in Africa, south of the Sahara.

It was China’s adoption of liberal economic policies that led to its renewed drive in strengthening economic ties with Africa. China focused on debt cancellation and offered aid without political conditions and consequently gained valuable diplomatic support to defend its international interests. It therefore comes as no surprise that China has today emerged as an influential player on the African continent. It is because of its goodwill.

Most African nations find China’s foreign policy dynamic, constructive and flexible especially as it seeks to intensify its involvement in security issues and multilateral organisations. Majority African nations have welcomed China because its presence provides a mix of political and economic incentives, which creates a win-win situation.

While the West, particularly Britain, is far ahead in terms of its foothold on Africa’s mineral wealth, more and more African nations are finding China a more appealing and better economic partner for trade than the West. Another factor that makes China an amenable partner is the fact that it disavows the legitimacy of outside interference in the domestic affairs of individual states and no political conditions are attached to its development assistance.

The massive Chinese investments in Africa undertaken since 1989, underline its acceptance as an equal partner in development even though its investments are being pushed by a ballooning industrial growth appetite for resources that are abundant in Africa.

Now is the time for the media, on the left and right to play its true role of educating and informing instead of being bamboozled by social media frenzy devoid of any systematic analysis. It is time to be nimble and clear-eyed and be active and not reactive.

What is often missed in the framing of China-Africa relations in comparison with the US is that the latter is stuck in immortalising its self-importance in world affairs. America is stuck in 1782, when writers and poets waxed lyrical about it being the “first nation.”

Ralph Waldo Emerson triumphantly viewed the US as a “last effort of the Divine Providence on behalf of the human race,” while Herman Melville considered his countrymen a “peculiar chosen people, the Israel of our times: we bear the ark of liberties of the world.”

It seems nothing has changed since then.