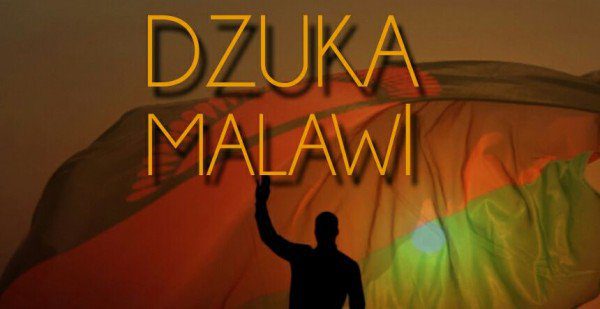 Many years ago, the brilliant Lucius Banda had a lamenting line in one of his haunting songs, in which he mimics an Asian boast: dziko ndi wanu, ndalama ndi wathu (you, Malawians, own the country but we, Asians, have the money).

That much has remained largely true.

For years, Malawians have sought for a pathway to meaningfully participate in the economy of this country, but everywhere they have been met with severe barriers to entry. This is a problem that goes to the very founding of our country, and the imbalance has been around long before most of us. In 1970, President Kamuzu Banda ordered Asians out of local trading centres and rural areas and restricted them to Blantyre, Lilongwe, Zomba and Mzuzu. Of course it was a gamble, but one with a good reason.

Sadly, many decades after that bold Kamuzu move, Malawians have failed to prosper—poverty still stalks the majority of our people and only a few of them are meaningful players in the vital sectors of our economy. What Kamuzu feared has now metastasized into a large behemoth— foreign businesses with cheap imports and shady practises have been given the free reign to push locals out of business, they externalize foreign currency, they hardly ever invest in tangible in-country infrastructure, they pay the locals slave wages, they dodge paying taxes, and they leave Malawi much poorer than they found it.

The large amounts taken out of Malawi could have stayed and circulated in-country and be used by indigenous people to develop themselves and uplift communities. That, for this long a time, we have had successive governments look the other way as our country has been plundered and pilfered is nothing short of criminal. And more than four decade after Kamuzu attempted to protect local communities by securing them a share in economy of the country, it has been shown that he was right.

The odds are stacked against Malawians in favour of Asian and, lately, the Chinese. They are also been joined by larg companies linked to our traditional Western ‘donors’, who dominate mega multi-million deals in construction, infrastructure development and elsewhere. To point this out is not being irrational, unnecessarily militant or even hateful.  It’s not even to malign the people of these nationalities as a problem. It’s about the system we have in place that allow for this to happen. It is a system that should be disrupted.

I don’t know of a country that has had its people prosper without being deliberately purposed in strategy; first to allow local people effectively participate in the most critical parts in the economy and, second, by inviting genuine investors to participate alongside the locals. Yet none of our leaders have been the required brave to stop this bleeding. Zimbabwe has indigenisation and economic empowerment laws, South Africa has them, as does Botswana. Trump has America First!

I am keen to hear from the candidates of next year’s election what their strategy is for halting this pillage, and for enabling perhaps the first generation since 1964 to have real opportunities to enter and participate in the economy. Don’t expect Peter Mutharika or good old Goodall Gondwe to do it.  They are too privileged and too out-of-touch to care and, at 79 and 84, they neither have the drive nor the will to do so. They have no comprehension that by doing nothing they are creating a very dangerous world, in which a tidal wave of frustrated young and unemployed people is looking for opportunities that are simply closed to them.

To fix this, a brave leadership is required to drive a cocktail of laws, advocacy and structural adjustment. We need an affirmative action system deliberately designed to find Malawian businesses and individuals, facilitate them with opportunities to prosper, and monitor their progress. Otherwise a deeply disturbing possibility presents itself: if nothing is done, at some point, the people are going to have to liberate themselves from this oppressive system, whether government is with them in it or not.

Malawians are no more incapable of participating in this economy than anyone else. We have got to challenge this notion that some race or nationality is intrinsically superior at doing business, or participating in the economy of our own country, than the indigenous people of this country. Too many people easily and readily assume this warped reason to be true—without understanding the context of our lives—yet it is more complicated than that.

There is a back story to the levels of poverty and inequality we experience in this country. The few successful black businesses have prospered due to rugged individualism, not because they have been assisted by any systems designed to uplift such entities and communities of this country out of poverty.

It is morally reprehensible to have a system that relegates its own people into bystanders when others can come in to manipulate our economy and milk our country dry. Many are guilty of funnelling money made in Malawi quickly out of Malawi. It boggles the mind why our leaders have not seen this as an existential threat to the country. What is worse is that the individuals and institutions ripping Malawi off often act in cohorts with none other than powerful politicians—ministers and their sidekicks—whose allegiance should be to country first, but alas!

If we were to conduct a thorough due diligence on some of the “foreign investors” and individuals who have been allowed to run amok on our economy, we will soon unravel a toxic trail of connections between them and ruling party politicians.

In recent years, Africa has been waking up to the ways in which our countries have been fleeced in terms of illicit financial flows, tax avoidance, money laundering and other shenanigans. In Malawi this has been done with the support of powerful politicians—many of whom have no shame profiting from propping up bad actors in exchange for bribes for themselves and their political parties. The K145 million the ruling DPP was caught receiving from a businessman is just a tiny bit of the entire rot in the system.

And many others are complicit in this. It takes unscrupulous financial institutions to allow individuals to open sham bank accounts for nefarious activities without performing due diligence checks; it takes controlling officers and directors to overlook red flags and vouch for these corrupt entities; and there are powerful forces prepared to fight to silence whistle-blowers and bat away attempts that call for transparent financial transactions especially in the awarding of big government contracts.

While a system that seeks to keep Malawians in perpetual servitude needs to be interrupted, it is clear that it won’t go down without a fight.

Years later, when the true history of the Salima-Lilongwe Water Project comes to be written, we will learn that the real reason why this important pipeline faced such severe blowback and resistance was that the bid was won by a company owned by a Malawian. Powerful interests then made the company the target of a major defamatory campaign saturated with gross, bad-faith distortions and outright falsehoods. No doubt, this campaign was orchestrated by powerful individuals within corporate and state bodies.

Yet one way out of our quagmire is having a chain of Malawi companies getting Malawi business to support Malawi communities.