Nigeria’s 2019 Election is a Race Between Two Uninspiring Candidates 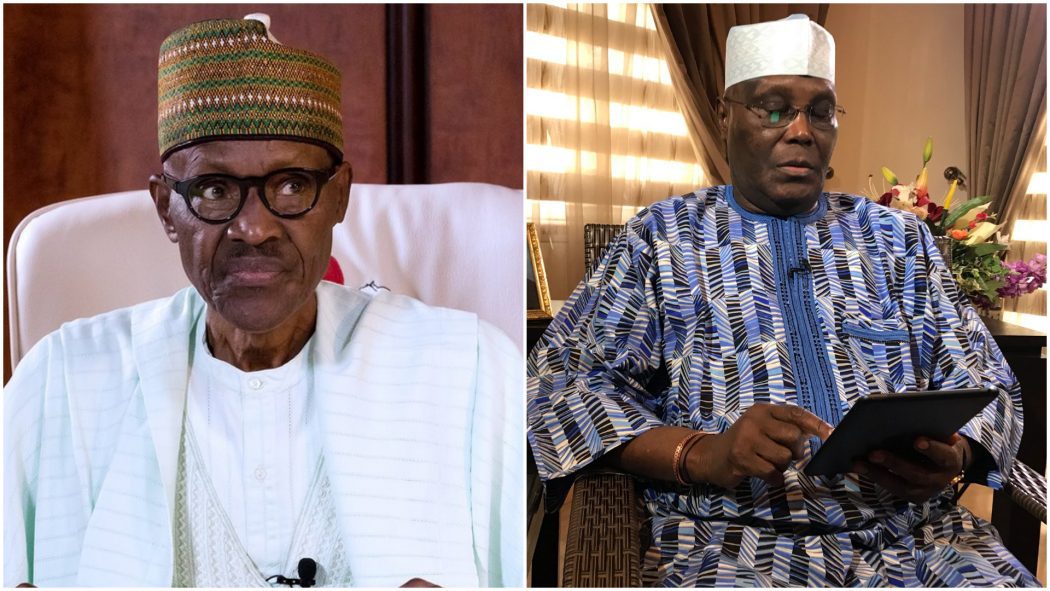 Almost all of Nigeria’s 68 political parties have wrapped up their primaries and chosen candidates to stand in the country’s February 2019 general election. The poll is likely to be yet another two-horse race: a contest between the All Progressives Congress (APC) and People’s Democratic Party (PDP). These are the only two parties to win the presidency since the end of military rule in 1999. Journalist, Julius Maina spoke to Olayinka Ajala about the emerging campaign issues and the surprises so far.

Who are the main candidates for the February election?

Thirty-one aspirants have emerged to contest the presidential election. That number will probably be reduced before the elections, as several smaller parties are in talks to form coalitions.

But there are only two leading contenders – the incumbent, President Muhammadu Buhari, and Atiku Abubakar, who was vice-president under President Olusegun Obasanjo from 1999 to 2007.

Both are contesting on the platforms of the two largest parties in Nigeria.

Apart from the two main contenders, other popular names on the list are former governors Donald Duke and Olusegun Mimiko, alongside Obi Ezekwesili. She’s the former minister of education and co-founder of Transparency International.

What are the emerging campaign issues?

The campaign issues are similar to those that featured in the 2015 presidential elections. This included political violence, particularly an end to the Boko Haram insurgency and the recent conflict between herdsmen and farmers which has claimed thousands of lives.

Corruption will also loom large. Buhari claims to have curtailed corruption, particularly since the introduction of the single treasury account that has reduced “leakages” in the country’s finances. But the state of the economy and the increase in youth unemployment has negatively affected the current government’s image. The Atiku campaign has capitalized on this.

Buhari’s health is likely to feature extensively given that he spent about 15% of his first term in office receiving medical treatment abroad.

Have there been any surprises ahead of the 2019 ballot?

The first major surprise was the emergence of Atiku as the People’s Democratic Party candidate. Atiku, one of the founding members of the PDP, emerged as the flag bearer for the party despite being relatively quiet politically in the last few years following his movement from PDP to APC and then back to PDP.

The second surprise was former president Olusegun Obasanjo’s endorsement of Atiku. Earlier in the year, Obasanjo wrote an open letter to Buhari advising the president not to seek a second term. He argued that Buhari had under-performed and was incapable of understanding the problems the country faces. Subsequently, Obasanjo formed a movement to unseat the incumbent president.

Obasanjo’s endorsement of Atiku came as a shock to most Nigerians because of his frosty relationship with the former vice-president. Obasanjo famously stated in August 2018:

“If I support Atiku for anything, God will not forgive me. If I do not know, yes. But once I know, Atiku can never enjoy my support.”

The sudden turn around by the former president just two months later to “forgive and endorse” Atiku came as a surprise to most Nigerians.

What do the primaries tell us about women’s participation?

Despite a large number of aspirants for the 2019 elections, women and young people remain underrepresented. Although six women emerged before the presidential primaries, the number dropped to three immediately after the primaries. Also, several young people were unable to contest in the primaries because of the cost of nomination forms.

The government’s insincerity in supporting women and young people was laid bare in June 2018 when the president passed a bill titled “Not too young to Rule”. The bill was designed to support the political aspiration of young people interested in pursuing a political career. Minutes after signing the legislation, the president commended the national assembly for passing the bill – but warned that young people would still have to wait till 2023 before they would actually be given the opportunity.

With just a few months to the polls, most Nigerians remain frustrated and concerned because neither of the two leading presidential aspirants offers any real hope.

The president has been accused of being too slow and too ill to handle the rigors of the position. The multiple allegations of corruption and fraud leveled against Atiku, meanwhile, continue to taint his image and hopes of gaining power from the Buhari administration.

Unless a credible consensus candidate emerges, the 2019 presidential elections remains a two-horse race with none of the contenders really appealing to the populace.

Olayinka Ajala is a Conflict Analyst and an Associate Lecturer at the University of York.