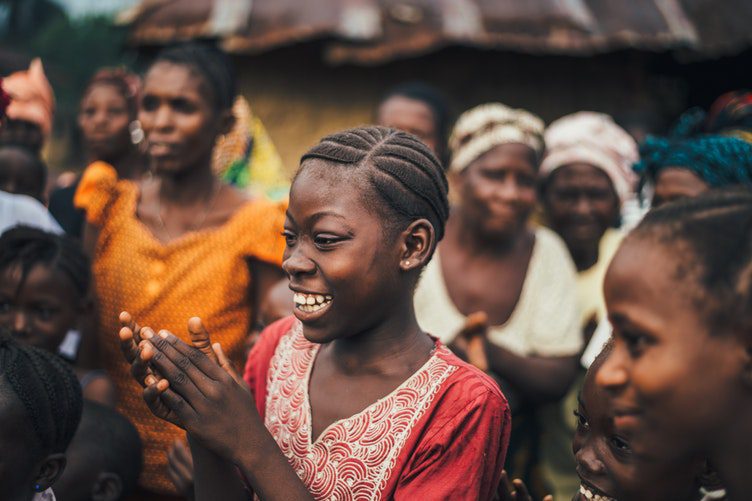 When Martin Luther King Jr. made the famous I Have a Dream speech in 1963, he thought of the United States of America where people will not be judged by the color of their skin, but by the content of their character. One can rightly say the United States has achieved many of Luther’s ‘dreams.’ Like him, I too have a dream; but mine is for Africa.

There is a sense of deep annoyance among Africans about how their continent has yet to realize any of its potentials. We feel that for centuries, the selfishness of some powerful countries and the greed of our leaders have painted a bad African image, which has led to a great deal of global disrespect. Although to some extent, this annoyance may be justified. However, rather than frown at them, it will be better for us to find solutions.

Legacies of the Cold War

To be honest, the disrespect is due in part to our own neglect of the African image. This image is crumbling with the alarming rate of abuse of individual freedom and basic rights. These rights have remained worse in post-Cold War Africa than it was decades before the independence wave in the 1960s. I purposefully refer to the post-Cold War era because both the United States and the Soviet Union were actively involved in the many wars and conflicts that laid the foundation for this gross abuse of rights.

For instance, at the height of the many civil wars in Africa, countries like the Democratic Republic of Congo—officially Zaire around this time—and Angola became proxy battlegrounds for Moscow and Washington.

The Soviet Union provided weapons and money to some communist leaning African countries right after their independence. It was also the period when communism was still a global force with greater appeal in Eastern Europe and some parts of Asia and the Middle East. The West, of course, would not watch Mikhail Gorbachev and the Politburo of the Communist Party bring Africa and the rest of the world under the Hammer and Sickle.

What Africa needs to do rather than dwell in the misfortunes of the past, is to appreciate the principles that foster a prosperous society by protecting individual freedoms and respecting the dignity of everyone.

In response, the western allies established covert missions in Africa, many of which saw arms transfer and monetary support for authoritarian regimes. These regimes would later perpetrate some of the worst crimes against humanity during the civil wars that engulfed Africa in the decades following independence. But the Cold War is long gone and present Africa has a lot of opportunities for prosperity, still, keeping justice must be the guiding principle.

What Africa needs to do rather than dwell in the misfortunes of the past, is to appreciate the principles that foster a prosperous society by protecting individual freedoms and respecting the dignity of everyone.

My hope is that someday, African leaders will understand how individual freedom is fundamental to achieving lasting prosperity. It is by appreciating this virtue that Africa’s image may improve. But if governments remain defiant to upholding the rule of law, it will be difficult to convince anyone of Africa’s promises, not to mention beauty.

It is the reason hundreds have perished in the Mediterranean Sea in pursuit of hope in places they believe their freedoms would be preserved. Clearly, Africans cannot be more fed up by the absurdity at which their leaders had embodied impunity. As such, any leader suspected of grossly violating individual rights or perpetrated crimes that have led to the hardship of a group of people should be tried before a court of law. There simply cannot be a better precedent for making leaders responsible.

It is embarrassing to see these leaders—who clearly and deliberately plunged their people into war because of power—fly around the world while millions live the consequences of their greed every day. If no one brings them to justice, it means we are indirectly neglecting their victims. How do we expect Africa to grow while grave atrocities go on unaddressed?

It is no surprise that most—if not all—of the African countries with bad human rights record also ranks lowest in the index on economic freedom, and are as a result, among the poorest in the world.

Poverty is the Ultimate Consequence

Unfortunately, the neglect of individual rights has fuelled an appalling increase in poverty across the continent. Politicians have failed to initiate sound economic policies to address this problem. Instead, they experiment with backward policies that limit the capacity of the market to provide solutions to serious economic challenges.

It is no surprise that most—if not all—of the African countries with bad human rights record also ranks lowest in the index on economic freedom, and are, as a result, are among the poorest in the world. There is absolutely no way of separating these three in achieving prosperity.

Even Adam Smith made it clear in Wealth of Nations that peace, fair fiscal policies and a proper administration of justice, have to work in synergy to achieve economic progress. It is the reason why the most peaceful countries that respect the rule of law are also those that flourish the best. I only hope that in my lifetime, Africa will be free from the actors that have made it poor, and someday, my dreams for this great continent shall come to fruition.

Phumlani M. Majozi is a Senior Fellow at African Liberty and host of The State of Africa on Salaamedia radio and One Nation FM 88.9 in South Africa.

Phumlani is a politics and economics analyst, a host of The State of Africa on Salaamedia radio and One Nation FM 88.9. He’s also a columnist at News24, South Africa’s leading news website, writing on politics and economics. His other writings have been published in the City Press, BizNews, African Liberty and Politicsweb. He sits on the board of two organizations: Free Market Foundation South Africa and Organization Undoing Tax Abuse (OUTA). He is also a member of the Council of the South African Institute of Race Relations.