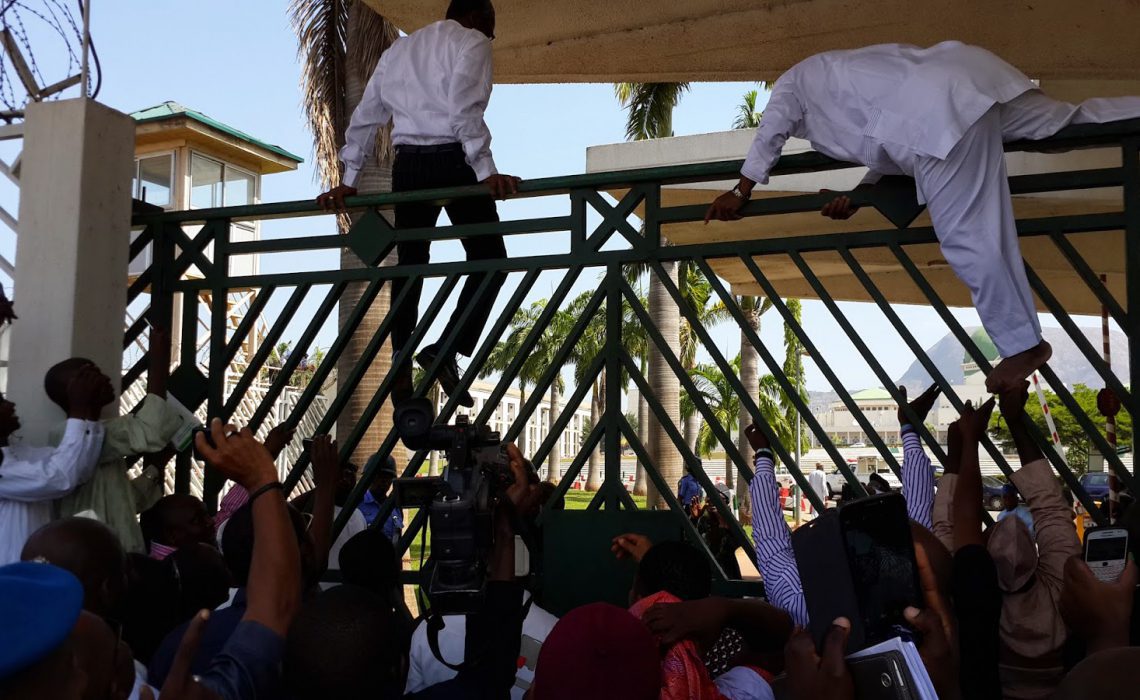 General elections in Nigeria are due in less than two months. Normally, one will expect that after almost sixty years of political independence, the country’s politics should dwell on well-defined ideologies, but that is not the case.

Almost every time observers attempt to study Nigeria’s politics, they are met with an embarrassing political system divided along ethnic and religious lines without specific ideologies.

If one can take a quick survey by asking any local politician the philosophical premise of their policies, it will be sheer luck to find anyone bold enough to answer. If one is lucky, the response will be almost meaningless.

Perhaps the problem is not an absence of ideology so to speak, but ignorance of the role ideology and political philosophy play in development.

One may also cut the politicians some slack because generally, Nigerians hardly subscribe consciously to ideological affiliations.

However, if you have an opinion on any issue, political or not, your position will always fall within an ideological group. This is how the world of reasoning works.

Since ideology is a system of thought with set principles, anyone running public policy or influencing public opinion should openly subscribe to one. At least to give their followers an idea of their principal’s line of thought, hence the pattern of policies.

A leader also needs this inner compass in order to remain consistent in principle.

The decades following the independence wave across Africa was flooded by leadership philosophies in line with the ideas of African nationalists including Kwame Nkrumah (nkrumahism) and Obafemi Awolowo (awoisim). These ideologies were only rehashed of Marxism and its offshoots.

…socialism is by design a stop-gap. Communism is the goal of socialism. The state control of all means of production, the abolition of individual property rights and the promise of an egalitarian society.

This idea of toiling the path of a living nationalist is probably the reason many Nigerian politicians who are members of the ruling All Progressives’ Congress will, for instance, identify with Buharism—following the president, Muhammadu Buhari.

But what difference has these isms made to Nigerian leadership and politics? None positive.

Nigerian politicians are mostly socialists regardless of if they identify with these Marxist isms or not.

This because they typically promise to deliver a powerful central government that command and control societal order.

The ones that fix low prices for goods and services, and use state funds for welfare services without proper consideration of the non-welfare-ish alternatives.

Meanwhile, socialism is by design a stop-gap. Communism is the goal of socialism. The state control of all means of production, the abolition of individual property rights and the promise of an egalitarian society.

History shows communist experiments always end in chaos. Famine, starvation and tyrannical administrations that promise wealth for all only to deliver poverty for all are few of its consequences.

Rather than embrace communism-oriented ideologies that have been tried elsewhere and known to lead to poverty, Nigeria and other low-income African countries seeking economic freedom should embrace ideas that ensure prosperity.

The freedom to choose; the right to fair a legal system under the rule of law; financial independence; and the right to pursue happiness.

Can we Re-invent the Wheel?

Nigerian politicians and intellectuals need to understand that whilst one may adopt the wheel, it cannot be reinvented.

The supposedly African original ideologies of nationalist leaders are mostly forms of socialism or even fascism propagated by Karl Marx and his followers.

Africans are often admonished to be anti-capitalism on the grounds that it is a western imposed ideology. Nothing can be farther from the truth.

Africans are not only inherently capitalist, but it was what made our earliest ancestors flourish.

Traditional Nigerian societies operated mainly free market systems with open borders, based on the voluntary cooperation of traders supported by communalism, which served as a social safety net.

Colonialism harmed this way of life following the forceful amalgamation of different communities and the imposition of artificial borders.

After colonies became independent, nationalists took control of resources under the disguise of statehood, promising forms of wealth redistribution to achieve equality.

They only enriched themselves and their cronies, not the people.

Politicians in Nigeria should have another look at the ideas identified as those that promote free and prosperous society. This will be an important step towards filling their ideological and philosophical ineptitude and help move the country forward.

Feyisade Adeyemi is a trans-disciplinary educator currently working at Elizade University, Ilara-Mokin and a doctoral student at the University of Ibadan. He is also Academic Director of African Students for Liberty and the founder of Chale Institute.