Is it Time for Ghana to Truly Lift its Indigenous Banks? 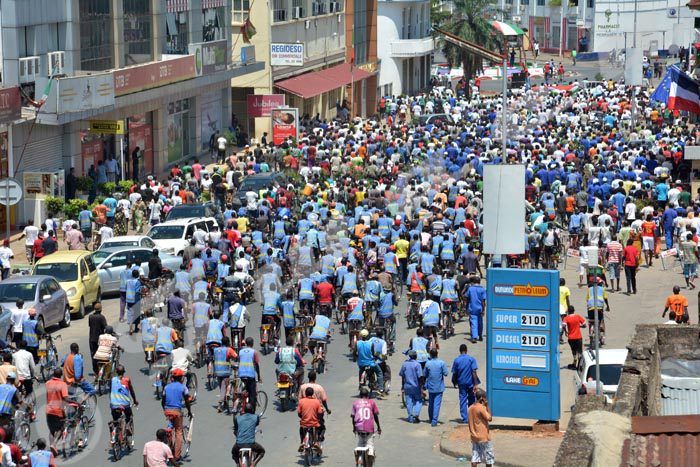 The Governor of the Bank of Ghana (BOG) has, in his latest press conference, sought to assure the public about the success of the BOG’s two-year “clean-up effort”.

This is curious considering the fact that after all the hoopla and hoo-ha, the “recapitalization” drive could not attract even $300 million of fresh capital into the banking sector.

About half of the Banks simply transferred income surpluses to stated capital, and for the remainder, meeting the minimum equity requirement imposed by the BOG was achieved through mergers padded with some minimal injections of equity.

If the proposed GAT (Ghana Amalgamated Trust) concept is successful, another $400 million or a little more would be added to the aggregate shareholder funds of the banking industry.

Let’s put it this way, the total financial impact of this whole recapitalization effort will be an injection of less than $700 million if all goes well with GAT and the ongoing mergers.

Consider that Ghana’s banking industry had assets of $22 billion, deposits of $14 billion and investor equity of nearly $3 billion before this effort began.

What serious transformation is expected from $700 million extra, of which as we speak now $400 million is yet to be found, in an economy of $53 billion with a $22 billion banking sector? Note that from a pure balance sheet perspective, the injection of $700 million in equity implies only a 3 percent expansion of the asset side from an industry-wide perspective.

In short, the post-mortem of the recapitalization exercise has come in and we now know that beefing up the banking sector with more resources to turbocharge economic development was not one of the outcomes.

At this stage, BOG and the Government must bring their ambitions back down to Earth and look for the least disruptive process to support the “indigenous banks” that couldn’t raise investment to increase their shareholder funds so that they can comply for compliance sake. Compliance for compliance sake is really the most all of us can hope for now. We should not add embers to the fire.

GAT, unfortunately, is not the cheapest, simplest, and least disruptive options available to help the small, indigenous, banks comply with what at this point is for them nothing more than a nuisance regulation.

The attempt to get the private pensions industry to pay for the BOG’s hubris in pushing this recapitalization agenda, even when it was clear that investors weren’t willing to pump more money into the banking sector on reasonable terms at the pace preferred by the BOG, is beginning to cause more friction in the financial sector.

Organized labor movements are starting to view all of this in ideological terms (who can blame them when an estimated 60 percent of pensioners earn less than $100 a month?) The pension funds don’t see a lucrative opportunity and feel unduly pressured. Many analysts believe that any GAT transaction would have to be expensive to suit the pension funds, but expensive capital would make life worse for the small, indigenous banks.

To break it down, the interest rate on the GAT bonds (i.e. the money GAT intends to borrow from the pension funds to invest in the five struggling banks), even with a sovereign guarantee, would have to exceed 25 percent to fit into the portfolios of the Pensions Funds. The problem is that any rate above 17.5 percent would most likely strangle the small, indigenous, banks who shall be the ultimate payers of the debt.

Thankfully, there is another way that doesn’t involve all this trauma and confusion.

To understand the proposed IMANI alternative, we all need to advert our minds back to basics: when is “recapitalization” really useful?

The recapitalization is not useful when it is just a blunt instrument in the hands of a central bank trying to solve unrelated problems with a single tool. The BOG did a great job with the governance clean-up. The Jury is still out on how its actions will impact the liquidity crisis. But it should have ended the “reforms” with its mind firmly fixed on sustaining the gains made in these two areas.

Remember the numbers: $400 million is what is required to close out the BOG’s recapitalization drive in Ghana. $4.5 billion of long-dated instruments are lying on Ghanaian banks’ balance sheets.

The decision to “expand the banking industry” by more than tripling the minimum amount of share capital bank investors have to invest in every bank as a third pillar of the reforms was completely out of sync with everything else and solves neither the liquidity crisis (as explained above, the size of deposits and liabilities far dwarf the capital that could be attracted through the directive) nor the governance problems (a bank’s stated capital has no impact whatsoever on the quality of its management; many of the collapsed banks had far more stated capital than many of those that were left standing).

Of the five banks struggling to meet the minimum equity prescription, and for whom GAT has ostensibly been created, only NIB faces severe capital impairment. ADB follows in this dubious ranking. Both are banks that are now majority-owned by the Government. The government of Ghana should simply have been asked to recapitalize them within a specific period or merge them with GCB, its other majority-owned bank.

Since this was not done, we now have a mixed bag of cases and must find a cure that addresses both the capital erosion problems (NIB and ADB) and the search for cheap regulatory compliance capital (the concern of the three other small, indigenous, banks). So here is an idea: let the banks fund themselves.

The smart and creative thing to do at this point is not to force external private equity investors, whether pensions funds or not, looking for growth opportunities to come and invest in banks that are clearly not in the sweet spot of private equity (if they were, we wouldn’t need GAT). Any investor that wants a piece of banking action in Ghana can get their fill of prime cuts on the Ghana Stock Exchange. They don’t need offal. So what do we mean by the banks funding themselves?

Simple: redirect some of the bank’s investments in government debt back to the equity section of their balance sheets. Many countries in the world have used similar schemes to effectively deal with both capital erosion and regulatory cushion objectives. Most recently, India.

Indonesia, Croatia and South Korea have, in earlier times, all skilfully used the debt-equity swap idea behind recap bonds. And the good news is: there is a ton of money available in Ghana’s banking sector to be unlocked for this same clever hack.

The commercial banks are holding in excess of $4.5 billion of long-dated government maturities (or “stocks”), which far dwarfs the $275 million of the most liquid of these government securities – treasury bills – that they have also invested in.

As India proved conclusively in the mid-1990s, recapitalization bonds can channel locked funds on one part of banks’ balance sheets to the equity section with minimal dislocation of the financial system. That is why they have used the same approach again to recapitalize public sector owned banks over the last two years.

Until very recently, the commercial banks in Ghana owed the Bank of Ghana to the tune of $1.5 billion. With the recent decision of the BOG to “monetize” the promissory note issued by the government to the Consolidated Bank (CBG), that amount should jump to over $2.2 billion.

Remember the numbers: $400 million is what is required to close out the BOG’s recapitalization drive in Ghana. $4.5 billion of long-dated instruments are lying on Ghanaian banks’ balance sheets.

That Government of Ghana seeks to tap more Eurobond funding this year provides the optimal window for such a strategy as pressure on the domestic debt markets is expected to ease. What happens once banks transition from a portion of current government securities to recap bonds?

The government would then use the funds realized to invest directly in the five banks using the National Trust Holding Company (NTHC) entity itself without the complicating factor of the GAT special purpose vehicle.

No pensions money involved. No fights with organized labor. Pure balance sheet financing. Remember, we have already agreed that, at this stage, the goal is to find regulatory compliance capital and cushion against capital erosion and not to go searching for elusive growth equity. But how to maintain liquidity for purchased recapitalization bonds? Here is where the Bank of Ghana comes in.

Until very recently, the commercial banks in Ghana owed the Bank of Ghana to the tune of $1.5 billion. With the recent decision of the BOG to “monetize” the promissory note issued by the government to the Consolidated Bank (CBG), that amount should jump to over $2.2 billion. However, in keeping with recent policy, BOG holds virtually no short-term Government securities (less than $750,000 in the latest tallies). BOG can thus provide anchor demand for medium-term recap bonds in the beginning until a secondary market has taken hold.

What about the fiscal impacts, and resultant feed-through into Ghana’s sovereign rating, the very concerns that have made direct bailouts hard to swallow?

Here too, we are in luck. Under international rules, recapitalization bonds are considered to fall outside the deficit financing pale. The expected 22 percent rate for these 5-year bonds (proposed tenor) will add $88 million per annum to our annual debt servicing budget of nearly $3.5 billion in 2018-19. Barely a dent, more like a drop.

All in all, it is hard to find another strategy for fixing this minimum capital conundrum that is as clean and frictionless as recapitalization bonds. So what is the government of Ghana waiting for?

This was an IMANI Alert release on 01/16/2019 originally title: A Better Idea Than GAT to Recapitalise the Indigenous Banks.