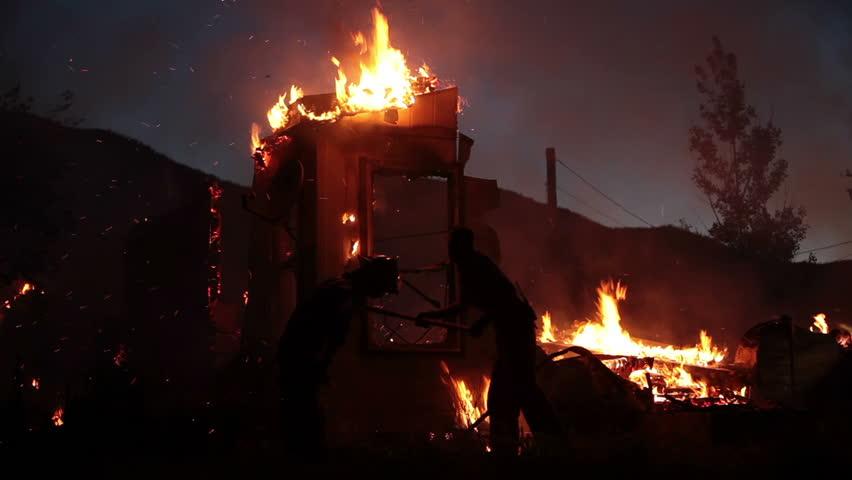 In the afternoon of last Tuesday, the office of Nigeria’s electoral umpire, the Independent National Electoral Commission (INEC) in Awka, southeast Nigeria, was engulfed in fire. The incident adds to a series of fire outbreaks across INEC offices in the country. The timing of these incidents gives reasons to suspect foul play considering the presidential election is only days away— for what other reasons will INEC offices be razed and vandalized if not to discredit the electoral process?

But INEC is guilty of making itself a target in the first place. Its offices serve as storage for polling materials including card readers and ballot papers. This is wrong.

It is absolutely unreasonable to believe that politicians—and their thugs—will simply go about their business knowing well that the materials that will decide their fate are stored somewhere in a vulnerable facility within the community.

If INEC cannot guarantee the safety of these materials, which it is obviously failing to do, it will be better to switch to electronic voting in future elections. Not by adopting card readers alone.

The Current Voting Process is Backward

Electronic voting with the inclusion of the internet is a less inviting process that guarantees accountability.

…this old process will only give opposing parties more reason to dispute the outcome of election results citing the fire incidents leading to the polling day. But the reality of Nigeria’s political framework is even dire.

Already, millions of Nigerians will not vote in these elections for reasons that include remoteness of residency and the fear of insecurity at polling units. Both problems can be easily solved by adopting online voting and a complete switch to electronic voting.

It is absurd that at a time when other countries are easing their voting process by adopting smart strategies, Nigeria still prides itself in a backward process.

The country is currently among the internet hubs in Africa with 98 million users. INEC should work with the relevant agencies to utilize this enormous presence of prospective voters online to make pre-election days less problematic.

Nobody will set fire on well-guarded cyberspace not housed around the corner or down the street.

This migration will no doubt require a large budget, however, if ugly incidents like those seen in the last few weeks will be avoided to improve the credibility of elections, then it is worth trying.

Why Trust Politicians and their Thugs?

Nigerian allies have already admonished the country to hold credible and violence-free elections. INEC is already failing in this regard.

The card readers introduced in 2015 to reduce corruption and rigging of election results is not the best INEC can offer today. We saw that in the Osun and Ekiti State elections late last year.

The APC and the PDP will stop at nothing to rig elections. INEC should not make it any easier. If they cannot buy votes, they will rather set the card readers up in flames. Since INEC has said no to incident forms, it will be interesting to see how they manage the shortage of materials in Anambra.

Moreover, this old process will only give opposing parties more reason to dispute the outcome of election results citing the fire incidents leading to the polling day. But the reality of Nigeria’s political framework is even dire.

Politicians are extremely driven to win elections. They’ll burn anything between them and victory. The Nigerian masses have not been vocal enough to bring their leaders to common sense. Card readers will be the first of many things they will burn if care is not well taken. And gradually, the country will lose its sense of democracy.

This incident has increased the volatility of post-election disputes. These fire incidents are attempts to undermine the franchise of innocent Nigerians. Permanent Voter’s Cards will be useless if other polling materials are razed by selfish individuals.

Kenechukwu P. Nwachukwu is a Master’s student of Political Science (International Relations) at the University of Ibadan, Oyo State, Nigeria.