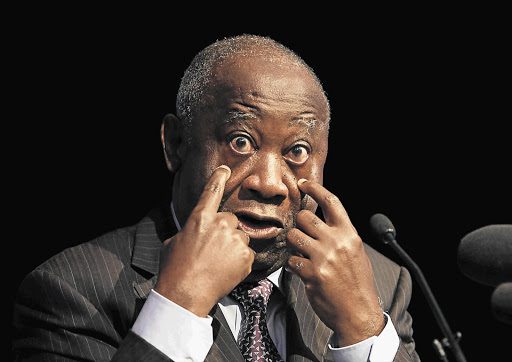 Former Ivorian President Laurent Gbagbo’s acquittal on charges of crimes against humanity by the International Criminal Court (ICC) opens the way for his return to Côte d’Ivoire once released.

His return after seven years in detention at The Hague and eight years after being discovered in a bunker during the disputed 2010 presidential election, could shape the character of the country’s 2020 presidential election. Despite his absence, his influence on Ivorian politics has shaped opposition divisions in the years since he’s been gone. His return, therefore, raises the question of internal opposition party loyalties.

Gbagbo and his co-accused, youth militia leader, Charles Blé Goudé, were arrested for having allegedly orchestrated the murder, rape, and persecution of opponents after he lost the election in Côte d’Ivoire in December 2010. At least 3,000 people were killed in the violence.

Despite his absence, he has continued to influence internal opposition party loyalties. His return is therefore likely to shape the character of the election. Another reason he’s likely to play a significant role is that the coalition that won presidential elections in 2010 and 2015 – led by President Alassane Ouattara – has, for the time being, fallen apart.

Ouattara has signalled that he may stand for a third consecutive term. But Côte d’Ivoire’s new constitution promulgated in 2016, states that a candidate can only be reelected once.

These signals have not been well received by Ouattara’s now former coalition partners. For example, his entertaining a third term and efforts to lessen the power of coalition partners has led one member of the coalition to quit the arrangement. Others have also walked away. In response, Ouattara has attempted to solidify his support by morphing his ruling coalition into a new party called the Houphouetists Rally for Democracy and Peace. The jury is still out on whether it will be enough to bring back disgruntled coalition partners.

With Ouattara’s coalition weakened and the opposition divided, Gbagbo’s return could shape coalition politics before the elections. Gbagbo continues to hold a bastion of popular support in the country, including his home area in Western Côte d’Ivoire.

More broadly, it’s likely that Ivorians would support his bid for the presidency. And, his return to Côte d’Ivoire would lend credence to his purported innocence and the image of success in his struggle against Ouattara and Western bias.

In short, his return could make him a larger than life figure ahead of elections.

Early on in his absence, Gbagbo’s party, the Front Populaire Ivoirien, fragmented between those loyal to him and those interested in moving beyond his legacy. In particular, Aboudramane Sangaré, Gbagbo’s friend, dismissed attempts to continue the party’s work without him. Sangaré and like-minded opposition officials believed that Gbagbo would return to Côte d’Ivoire, ready to contest incumbent President Alassane Ouattara after the ICC proceedings ended.

Sangaré gained the unofficial title of “guardian of the temple”, for his part in maintaining Gbagbo’s place at the center of the opposition movement. Sangaré died late last year though his imprint hasn’t diminished.

Efforts to move beyond Gbagbo’s legacy were led by Affi Pascal N’Guessan, a former prime minister during Gbagbo’s presidency, who took over the presidency of the party before the 2015 election. This sparked vehement protests from Gbagbo loyalists. Although N’Guessan paid homage to Gbagbo, the loyalists felt he wasn’t sincere.

With low voter turnout at 55 percent compared to 80 percent in 2010, N’Guessan’s lack of popular and internal party support saw him garner just over 9 percent of the vote compared to Ouattara’s nearly 84 percent. The opposition boycott and calls to await Gbagbo’s return appeared strong. Since then, N’Guessan has experimented with different political alliances and has seemingly not reconciled with Gbagbo loyalists.

If he returns, one option is that Gbagbo resumes the flag-bearer position of the Front Populaire Ivoirien and contests the 2020 election. Because he sought election in 2010 but lost, he would be able to run. In addition, the removal of a maximum age for candidates (previously age 75) makes him eligible. He’ll be 74 in May. This scenario assumes that Ouattara doesn’t set up legal roadblocks to Gbagbo’s return.

Another scenario is that Gbagbo may guide the Front Populaire Ivoirien towards a new political alliance ahead of the election. The alliance may involve some of Ouattara’s unhappy former partners.

A related scenario is that Gbagbo will be able to unite the Front Populaire Ivoirien and opposition forces, but anoint a new flag-bearer and act as the elder statesman for the party.

What do Ivorians think?

According to a 2017 survey by Afrobarometer – the independent African research network – Ivorians strongly support (81 percent) the maintenance of a two-term limit for a president. They also overwhelming support democracy (77 percent). But, they have some concerns about the democratic space afforded ahead of elections next year, with 52 percent suggesting that they are not satisfied with how democracy works in the country.

One of the criticisms that the opposition has levied against Ouattara is his intolerance of dissent. Among Ivorians, 48 percent feel that they are not at all – or not very – free to criticize the president.

It’s quite possible that Gbagbo will build on these concerns, and the energy and high levels of participation that characterized Ivorian politics in 2010 could return.

Abel Gbala, who holds an M.A. from the University of Félix Houphouët Boigny and is a Development Monitoring and Evaluation expert, contributed to this article.

Peter Penar is an Assistant Professor in the Department of Political Science at Michigan State University.

First Published in The Conversation.