The Presidential Election is Gone, Innocent Leah Sharibu is—still—Gone, Too 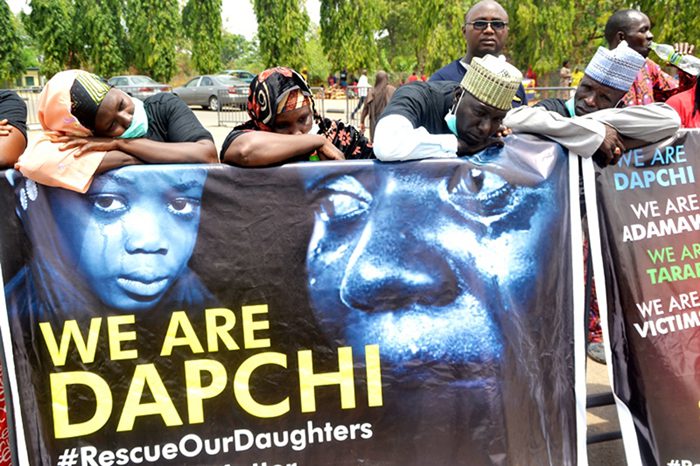 The attention of the global media might have finally shifted from Nigeria after the conclusion of its presidential election late last month, but the world should not forget the plight of one of the abducted Dapchi girls, Leah Sharibu.

Thirty days after the mysterious—and highly controversial—kidnaping of 110 girls from the Government Girls’ Science and Technical College in Yobe State, only 104 girls returned home. Five died in captivity and the last of the girls have yet to be released because of her refusal to denounce her Christian faith; that girl is Leah Sharibu.

The Nigerian government has failed to treat the innocent girl’s situation with utmost priority even if it claims otherwise. President Muhammadu Buhari’s government will rather mobilize a substantial amount of national resources for campaigns and would not do the same to secure the release of the girl.

For a president that is supposedly keen on eliminating the threat of Boko Haram, the embarrassing stories of neglect and irresponsibility is a slap on the face.

It is embarrassing that one year after her abduction, this defiant and strong schoolgirl remains in the custody of the barbarian Boko Haram sect; thanks to her government’s failure to go all in for her rescue.

It is even more worrisome that a president who campaigned on the back of restoring security will almost act with low energy to Leah’s captivity.

The Nigerian Army should be More Responsible

Any responsible government will take the freedom of its citizen serious. The Nigerian government does not have that attitude.

The Nigerian Army and the Government of Borno State have failed, too.

The state governor, Kashim Shetimma, claimed that about one week before the girls’ abduction, troops stationed in the community were withdrawn—although the Nigerian Army denied his claims.

Around the same timeframe, though, an Amnesty International report corroborates the negligence on the side of the Nigerian Army. They reported the army had advance warnings about 4 hours before the insurgents reached Dapchi. Again, the army denied this too.

For a president that is supposedly keen on eliminating the threat of Boko Haram, the embarrassing stories of negligence and irresponsibility on the security forces is a slap on his promise.

It might be true that the whole Dapchi debacle is planned and abetted considering its unbelievable narrative. The events before, during, and after the abduction would not stop questioning the culpability—or otherwise—of the security forces.

Considering the little amount of information the government has given on Leah’s situation and the unusual quietness from Boko Haram about the girl, one cannot but think of the worse.

Is she still alive? No one outside Aso Rock can answer this question—hopefully, she is alive.

Although, Minister for Information and Culture, Lai Mohammed denied the girl is dead in a recent press conference without telling Nigerians exactly what is happening with the rescue efforts, if at all there is any.

Leah is Pawn in the Awful Nigerian Politics

On the one hand, the rumor of Leah’s death was an attempt by the opposition to undermine the President’s election bid. On the other, the oppositions will not stop using the girl’s story as a political chip.

It is pathetic that after all Leah’s family have gone through, the one thing the country’s leadership will passionately do is to trade blames at the expense of her safety.

Buhari and his defense cabinet must treat Leah’s safety as a national priority. The country should not continue to stand by and ignore that Leah is non-existent.

She is a girl with a promising life and her family deserves nothing less than her safe return.

Nigeria should treat Leah’s safety with the same national interest displayed in the recent election.

Muhammadulfatiu Adepeju is a Nigerian opinion writer, public speaker, and freelance editor. He is a media and communication student at the University of Lagos, Nigeria. He is enthusiastic about politics, education, lifestyle, and culture.