President Cyril Ramaphosa recently announced that sex work might soon be decriminalized. If true, it will mark the end of an era that will be remembered as a stain on our constitutional democracy. The right to be a sex worker is guaranteed in the Constitution, and the hereinto prohibition thereof has been the result of errant jurisprudence rather than a respect for the Rule of Law.

Section 22 of the Constitution provides that everyone “has the right to choose their trade, occupation or profession freely”. It further says that government may “regulate” (but not prohibit) the “practice” (but not choice) of those trades, occupations, or professions, “by law”.

This provision has been almost universally disregarded by the government as well as the courts. Not only for sex workers, but also for the almost ten million unemployed who wish to work in other trades, and who would be working if it was not for government effectively prohibiting them from taking jobs on terms they consider acceptable. Government has unjustifiably interfered in the right of South Africans to make decisions for themselves.

Only once sex workers enjoy the protections offered by law, by trade unions, and by sunlight as the best disinfectant, will the criminality associated with prostitution disappear.

In the infamous low-point of Constitutional Court jurisprudence known as S v Jordan, sex work was described by the majority as a “social ill” that Parliament may “combat”. Government’s reasoning for considering it a social ill was on the basis that prostitution was “associated with violence, drug abuse, and child trafficking”. The court accepted this argument, saying that the outlawing of commercial sex was legitimate and constitutional for this reason.

The court made two fundamental mistakes; one logical, and the other emotional. Both undermine the court’s obligation to apply the law fairly and to strike down government interventions that, in the final analysis, are arbitrary or unreasonable. 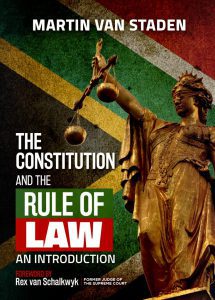 The Court’s Emotional Mistake is Easier to Deal With

Judges are ordinary human beings with biases, prejudices, and opinions. South African society is deeply conservative on social affairs, so it is not surprising that the majority of the bench in Jordan was likewise socially conservative. That the court accepted without substantive ado that sex work was a “social ill” and read into the Constitution a mandate to outlaw the commercialization of sex, are indicative of this.

Neither the Interim nor current Constitution gives explicit or implicit support for the notion that specific choices of the profession could ever amount to a social ill that must be suppressed. In fact, as we have seen, the Constitution is clear that South Africans have a right to decide for themselves what work they will do. The only jobs that could constitutionally be prohibited are those that inherently contravene the rights of others; like contract killing, for instance.

The Constitutional Court allowed its own socially-conservative makeup to influence its judgment when it was supposed to uphold the right of everyone to decide their own profession without fear, favor or prejudice.

The Second Mistake was a Logical Mistake

As the law currently stands, sex work is prohibited, and, therefore, a crime. The result of prohibition at law – be it of sex work, or of the alcohol, cigarette, or drug trade – is that an underground, black market will result. In black markets, the law is not a factor. One does not contract for the sale of heroin through a written contract notarised by a lawyer. Brothels do not have health and safety officials do monthly inspections. Bootleggers do not submit their financial statements to auditors. During the Prohibition Era in the United States, when alcohol use and distribution was prohibited, criminal syndicates formed around the industry, and soon there were killings and gang wars associated with it. Turf was protected and expanded through violence and not a competition, because the legal mechanisms that make a normal free market possible did not exist.

As the sex workers’ rights organizations, SWEAT Force and Sisonke, have repeatedly pointed out, by not recognizing prostitution as a legitimate commercial enterprise, sex workers are placed in an incredibly dangerous position. This is because they have no recourse to the courts or to the police. In an impassioned plea in Business Day, Kholi Buthelezi of Sisonke writes that sex workers want to work with the police to root out violence and crimes directed at children in the industry. But they cannot do this, because sex workers are themselves criminals under our current legal regime.

Only once sex workers enjoy the protections offered by law, by trade unions, and by sunlight as the best disinfectant, will the criminality associated with prostitution disappear. Half-hearted programmes and initiatives falling short of total decriminalization and legalization are pointless and unsanctioned by the Constitution.

The global criminalization of sex work is a travesty on a par with the erstwhile unanimity around the prohibition of homosexuality. It makes common criminals of ordinary human beings who wish to live their lives in peace without harming others. That South Africa has continued this even under a Constitution that obviously and explicitly protects the freedom of people to choose their own professions, is deeply embarrassing. Let us hope that whatever government is constituted after 8 May will put an end to this despicable state of affairs.

Martin van Staden is Legal Researcher at the Free Market Foundation and is pursuing a Master of Laws degree from the University of Pretoria. He is the author of  The Constitution and the Rule of Law (2019).

Economics
SA’s Economy will only Grow if Liberated from the State
Policy and Research
‘Abandonment’ in the 2020 Expropriation Bill
Opinion
South Africa’s Constitution does not Envision Socialism, but Freedom