New or Higher Taxes won’t Work for S.A. and it could be Unconstitutional

The trade union federation Cosatu recently called for tax increases, particularly on the wealthy, to arrest South Africa’s economic down spiral. But economist Arthur B Laffer, known for popularising the Laffer curve, shows us that beyond a certain point, tax revenue will decline as tax rates increase. It is curious, then, that with tax collection in South Africa declining, the government appears ready to answer Cosatu’s call to raise tax rates and introduce new taxes, among other things to try to pay for the National Health Insurance scheme. A move that will not only backfire but is also clearly unreasonable and incompatible with the Rule of Law. 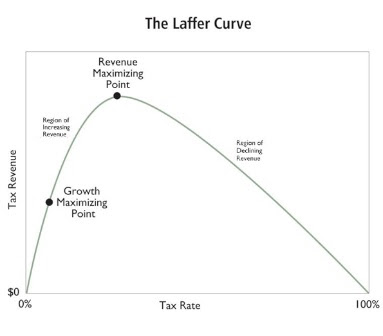 The economic theory behind the Laffer curve is simple: if people’s incomes, for example, are taxed at increasingly higher marginal rates then, beyond a certain rate, it will no longer be worthwhile to work for a net salary that is too low relative to the effort required to do the work. The implication of the Laffer curve is that if the government wants to increase tax revenue, it should rather lower tax rates on the assumption that they’ve gone past the point of maximized tax revenue.

Another issue is the growth in public distrust in the state’s capabilities to deliver returns on taxes. When this happens, as is the case in South Africa, the Laffer curve will shift left and downward because a higher incentive to avoid and/or evade taxes will have developed.

In South Africa, there is growing pressure to increase tax rates. The reasons are two-fold: growing debt and growing expenditure. The government is reliant on taxes as a means of funding not only its expenditure but also its debt obligations. To fund debt repayment by incurring even more debt is not a financially sound idea.

Value-added tax (VAT) revenue, too, has been declining. Most noticeable is the sharp decline after the new 15% VAT rate was brought into operation in April 2018. 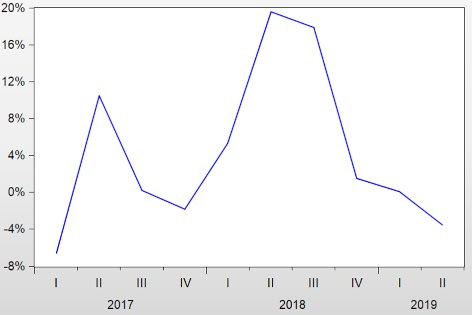 The Laffer curve, however, should not be of interest only to economists. Proponents of the Rule of Law and constitutionalism, in general, should also take heed of this phenomenon.

The Constitution specifies in section 1(c) that South Africa is founded, among other things, on “the supremacy of the constitution and the rule of law”. The Free Market Foundation’s Rule of Law Project has published ten principles of the Rule of Law, the ninth of which specifies that “all law must comply with the overriding principle of reasonableness, which comprehends rationality, proportionality, and effectiveness”.

Tax revenue is not going to increase as South Africa is likely far past the point of maximized tax revenue already. There is no reasonable basis for persistently taxing South African citizens to their detriment and that of the whole economy. The ethical and legal arguments against taxes that do indeed serve a utilitarian goal are beyond the scope of this article. However, it is evident that even on pragmatic grounds, increasing tax rates or introducing new taxes is arbitrary and likely to be unconstitutional.

Opinion
Orlando at 90: The Emergence of a Space for Black Resistance
Opinion
The Unending Racism in South African Newspapers
Opinion
In South Africa, Absolute Power Corrupts Absolutely without real Consequences