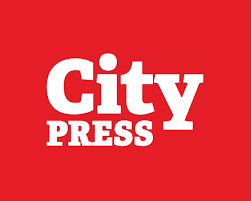 This article was first published in The City Press by Writing Fellow, Alexander Hammond.

President Cyril Ramaphosa is getting more vocal about his support for the new African Continental Free Trade Area.

At the beginning of September, during the World Economic Forum in Cape Town, Ramaphosa even described the free trade area as possibly “the greatest opportunity for economies on the [African] continent to generate growth through trade.”

In a similar tone, last month at the G7 summit in France, Ramaphosa proudly exclaimed to an audience of world leaders that he is “confident this free trade agreement will unleash Africa’s [and presumably South Africa’s] economic potential.”

While it’s great that Ramaphosa is showing such avid support for a continent-wide free-trade area, there is potential that South Africa might very well get nothing out of the free trade area.

This is because up to this point, the South African government has been on a crusade to amend section 25 of its Constitution, which would allow for the expropriation of land without compensation.

If the government pushes this amendment forward, then, contrary to Ramaphosa’s hopes, the nation will reap little to no benefit from the forthcoming free trade area.

That’s a shame because there’s a lot of good that would come from the trade area.

So far, 54 of the 55 African Union (AU) nations have signed on to the agreement, and although only 27 states have ratified it through their domestic governments, many more ratifications are expected in the coming months.

If all 55 AU nations ratify the free trade area, it’ll be the world’s largest free-trade area, encompassing over 1.2 billion people and a GDP of more than $3 trillion — making it the fifth-largest market in the world.

Upon its introduction, the free trade area aims to immediately abolish 90% of tariffs on goods traded between member states.

Chris Hattingh, a researcher at the Free Market Foundation, recently noted that one of the least complicated and fast-acting methods to grow Africa’s GDP is by lowering trade barriers as much as possible.

Hattingh’s view is aligned with the United Nations’ projections, which forecast that the reduction of trade barriers under the free trade area could boost intra-African trade by as much as 52% and add billions to the continent’s economy within just a few years.

As Africa’s second-biggest economy and most industrialized economy, South Africa would clearly have much to gain from the new trade area.

However, the ANC’s eagerness to pursue a policy of land expropriation threatens to undermine the benefits of a continent-wide free trade area.

Just one week after Ramaphosa’s most recent push for the free trade area, the president’s ad hoc committee, the group tasked with drafting the section 25 amendment, met for the first time since May’s election.

The committee’s chairperson, Dr. Mathole Motshekga, an ANC politician, announced that the draft legislation for the amendment will likely be produced by the end of June next year — a date coincidentally close to the day that the free trade area will take effect (July 1, 2020).

The researchers forecast a nightmare combination of “a downgrade of the country’s sovereign bonds to junk status, higher interest rates, a fairly sharp decline in tax revenues and a deep recession.”

In short, the pair warned of an “imminent socioeconomic disaster for South Africa in the event of expropriation without compensation.”

Investors would simply be unwilling to invest in South Africa where their capital might not be protected.

For a nation to benefit from free-trade, it must first have something to produce, and without strong property rights ensuring the fruits of one’s labor are protected, the incentive for people and businesses to invest, produce and create no longer exists.

With an unemployment rate already at 29%, and an economy stuck in the longest downward cycle since 1945, any further setbacks caused by a land expropriation policy would likely be the final blow to South Africa’s already crippled economy.

Indeed, poor economic conditions coupled with uncertainty over land expropriation legislation is already beginning to have a negative effect.

According to a new index compiled by the South African Chamber of Commerce and Industry, business confidence is currently at its lowest level since 1985 — the year that the UN called on member states to de-invest from South Africa to protest the apartheid regime.

In short, the South African economy needs all the help it can get.

While the new African Continental Free-Trade Area won’t be a quick fix for the woes of the South African economy, it does have the potential to provide the nation with a much-needed boost.

But alas, given that the ANC has spent the last year formalizing the land expropriation amendment, it seems unlikely that the government will withdraw the policy anytime soon.

In that case, as much as Ramaphosa might like the idea of a continent-wide free trade area, he can wave goodbye to any benefits South Africa may have received from it.

Alexander C. R. Hammond is a senior fellow at African Liberty and a Young Voices Foreign Policy fall fellow. You can find him on Twitter at @AlexanderHammo