During the recent 7th annual conference of the Renewable Energy Solutions for Africa Foundation in Ethiopia, the Executive Secretary of the Economic Commission for Africa, Vera Songwe, gave an all too familiar advise when she said the continent needs to “… strengthen its policies if it is to close its energy gap, increase competitiveness and power its inclusive and sustainable development.”

Like other experts on sustainable development, Songwe believes that the idea of a prosperous Africa without energy is impossible. I strongly agree with her. But fancy terms like sustainable development and social and economic growth—often traded during conferences on African development—will not be realized if energy generation is not prioritized.

The hope of Africa’s industrialization generally depends on how much energy countries will be able to provide in the coming decades to meet increasing demand, either from renewable or non-renewable sources. What has, however, made this more complicated, is the controversial role of the petroleum industry in energy generation.

Across Africa, though, energy generation is largely championed by the petroleum industry, especially in the Sub-Saharan region. But this contribution by the petroleum industry is often seen as not entirely of good faith but a ploy towards obtaining public legitimacy. This can be related to the fact that explorations by petroleum companies have had a deep environmental impact, most of which has destroyed the economy of host communities.

According to the World Economic Forum, “only 24 percent of Sub-Saharan Africans have access to electricity and the energy generation capacity of Africa (excluding South Africa) is only 28 Gigawatts…”

In contrast, a recent report by McKinsey and Company, it is estimated that coal, oil, and gas will make up 74 percent of primary energy demand by the year 2050. And with the United Nations’ projecting that more than half of the world’s population growth between 2020 and 2050 will occur in Africa, there could be an emerging crisis at hand. This is because Africa’s energy demand will rise with its increasing population and the continent is clearly not heading towards meeting such an enormous supply capacity. 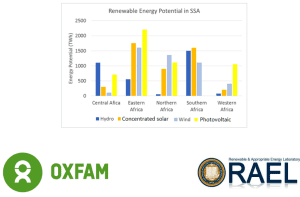 The energy sector in Sub-Saharan Africa can become 100 percent renewable by 2050 if things are done right.

African countries can invest more in the local sources of energy generation including plant, animal and human wastes—alternatively known as biofuel or biogas. It is an environmentally friendly source of renewable energy, unlike fossil fuels. Meanwhile, harnessing the opportunities in solar energy is also a good alternative.

But overall, energy saving habits should be encouraged through innovative media campaigns that will encourage the public to play a part in conserving energy. Corporations, small businesses, and non-profit organizations should join governments in exploring these solutions. Everyone must take action for an energy sufficient Africa. More so,  the provision of funding for clean energy research and studies should be taken seriously.

Precious Ohaegbulam is a Writing Fellow at African Liberty and a communications specialist. He writes on socio-economic and political issues and can be reached via on Twitter @prsh9.